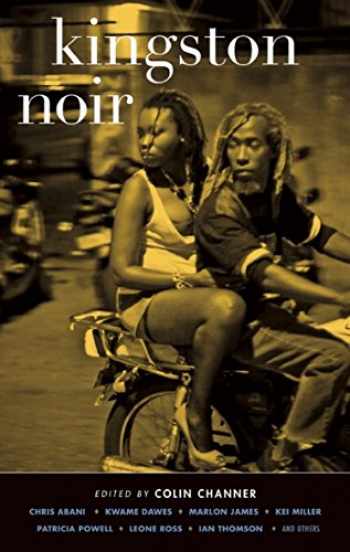 "Thoroughly well-written stories...fans of noir will enjoy this batch of sordid tales set in the sweltering heat of the tropics."
--Publishers Weekly

"Kingston Noir subverts the simplistic sunshine/reggae/spliff-smoking image of Jamaica at almost every turn...The collection amply rewards the reader with a rich interplay of geographies and themes."
--The Los Angeles Times

"Kingston Noir goes darker and deeper than any before...the purest of noir, and the richest depictions of Jamaica."
--The Huffington Post

"Kingston Noir is an eclectic and gritty melange of tales that sears the imagination...Kingston Noir proves its worth as a quintessential piece of West Indian literature--rich, artistic, timeless, and above all, draped in unmistakable realism."
--The Gleaner (Jamaica)

"Drop your energetically touted 'best of' Jamaica brochures and sink your teeth into noir that bites back: the eleven wicked, wild, and unrepentant stories in Kingston Noir feature the talents of eminent voices in Jamaican fiction."
--Caribbean Beat

"Some of these stories are mysterious, some are straightforward, but all are dark. There isn't a single light-hearted story in the bunch, which falls in line perfectly with the noir theme. Readers beware, there are some stories in this book that address the darkest parts of human nature: rape, torture, murder. It's not for the faint of heart. However, they are all well-written and tap into the true underbelly of another culture."
--Examiner.com

"Several of the stories in Kingston Noir succeed brilliantly in reproducing the simultaneously estranging and horrifying effects of urban violence in Jamaica. And there is something appropriately unsettling about the differences between the stories, collected and edited by Colin Channer, such that the sense of being dislodged somewhere puzzlingly dissimilar from the place one began sometimes mimics the feeling of moving through Kingston...traversing this collection as if going 'down the road,' with all the abrupt stops, shifts, and turns that Jamaicanism implies, does offer a way of connecting, piece by piece, story by story, to fragments of the city tucked away in consciousness and memory. It is a city rarely encountered in fiction; this collection satisfies a need and makes one hungry for more."
--sx salon: a small axe literary platform

"There is much to be admired in this anthology. Technically, the standard is very high throughout, but in several of the stories the writing soars."
--Wasafiri (UK)

From Trench Town to Half Way Tree to Norbrook to Portmore and beyond, the stories of Kingston Noir shine light into the darkest corners of this fabled city. Joining award-winning Jamaican authors such as Marlon James, Leone Ross, and Thomas Glave are two "special guest" writers with no Jamaican lineage: Nigerian-born Chris Abani and British writer Ian Thomson. The menacing tone that runs through some of these stories is counterbalanced by the clever humor in others, such as Kei Miller's "White Gyal with a Camera," who softens even the hardest of August Town's gangsters; and Mr. Brown, the private investigator in Kwame Dawes's story, who explains why his girth works to his advantage: "In Jamaica a woman like a big man. She can see he is prosperous, and that he can be in charge." Together, the outstanding tales in Kingston Noir comprise the best volume of short fiction ever to arise from the literary wellspring that is Jamaica.