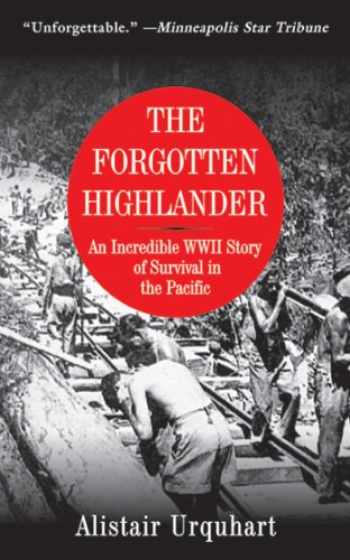 The Forgotten Highlander: An Incredible WWII Story of Survival in the Pacific

Alistair Urquhart was a soldier in the Gordon Highlanders, captured by the Japanese in Singapore. Forced into manual labor as a POW, he survived 750 days in the jungle working as a slave on the notorious “Death Railway” and building the Bridge on the River Kwai. Subsequently, he moved to work on a Japanese “hellship,” his ship was torpedoed, and nearly everyone on board the ship died. Not Urquhart. After five days adrift on a raft in the South China Sea, he was rescued by a Japanese whaling ship.

His luck would only get worse as he was taken to Japan and forced to work in a mine near Nagasaki. Two months later, he was just ten miles from ground zero when an atomic bomb was dropped on Nagasaki. In late August 1945, he was freed by the American Navy—a living skeleton—and had his first wash in three and a half years.

This is the extraordinary story of a young man, conscripted at nineteen, who survived not just one, but three encounters with death, any of which should have probably killed him. Silent for over fifty years, this is Urquhart’s inspirational tale in his own words. It is as moving as any memoir and as exciting as any great war movie. 24 color illustrations
Show more