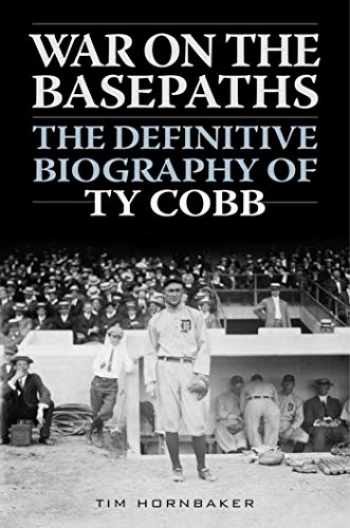 War on the Basepaths: The Definitive Biography of Ty Cobb

During his twenty-four-year career, Ty Cobb was an MVP, Triple Crown-winner, twelve-time batting champion, and was elected in the inaugural ballot for the National Baseball Hall of Fame (along with Honus Wagner, Babe Ruth, Christy Mathewson, and Walter Johnson). As someone who retired from the game over eighty-five years ago, he is still the leader for career batting average, second in runs, hits, and triples, and a mainstay in dozens of other categories.

However, when most people think of The Georgia Peach,” they’re reminded of his reputation as a dirty” player. It was said that got so many of his steals because he would sharpen his metal cleats and spike” the second basemen if they would try to tag him out. It’s also said that he was rude, nasty, a racist, and hated by peers and the press alike.

As author Tim Hornbaker did for Charles Comiskey in Turning the Black Sox White, War on the Basepaths is an unbiased biography of one of the greatest players to ever grace a baseball diamond. Based on detailed research and analysis, Tim Hornbaker offers the full story of Cobb’s life and career; some of which has been altered for almost a century. While he retired in 1928 and passed away in 1961, War on the Basepaths will show how Ty Cobb really was and place readers in the box seats of his incredible life.

Skyhorse Publishing, as well as our Sports Publishing imprint, are proud to publish a broad range of books for readers interested in sportsbooks about baseball, pro football, college football, pro and college basketball, hockey, or soccer, we have a book about your sport or your team.

Whether you are a New York Yankees fan or hail from Red Sox nation; whether you are a die-hard Green Bay Packers or Dallas Cowboys fan; whether you root for the Kentucky Wildcats, Louisville Cardinals, UCLA Bruins, or Kansas Jayhawks; whether you route for the Boston Bruins, Toronto Maple Leafs, Montreal Canadiens, or Los Angeles Kings; we have a book for you. While not every title we publish becomes a New York Times bestseller or a national bestseller, we are committed to publishing books on subjects that are sometimes overlooked by other publishers and to authors whose work might not otherwise find a home. 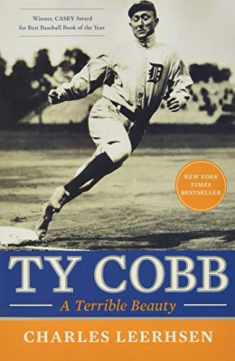