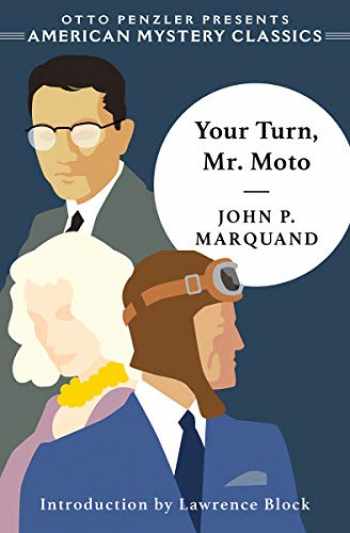 An American pilot of dwindling fame slips from grace in Tokyo, and lands in the hands of Japan’s most cunning spy...

During World War I, Casey Lee was one of the best pilots around. Known for his boldness and bravery, he was heralded as a hero. But now the war’s over, the Depression is on, and Americans no longer have time for public heroes, leaving Lee washed up and desperate for work. When a tobacco company suggests he fly from Japan to North America, a feat which has never been accomplished, Lee jumps at the opportunity. Unfortunately, the idea is abandoned soon after he arrives in Tokyo, and he receives the news in the midst of one of the daily drinking binges with which he now passes the time.

Stranded in a foreign land with wavering loyalty to his home country, Lee has few friends, but his situation changes suddenly when he meets the intriguing Mr. Moto, a Japanese man who takes a particular interest in the down-and-out pilot. By the time he meets Sonya, Moto’s beautiful Russian colleague, Casey has unknowingly entered into a life-threatening plot of international espionage at the service of Japan’s imperial interests ― but will he realize the severity of his situation before it’s too late?

The first installment in Pulitzer Prize-winner John P. Marquand’s iconic mystery series, Your Turn, Mr. Moto was the novel that introduced Japan’s most skillful spy, famously portrayed by Peter Lorre in a series of films. The book is a classic of espionage fiction, and kick-started the crime fiction career of “the most successful novelist in the United States.” (Time)