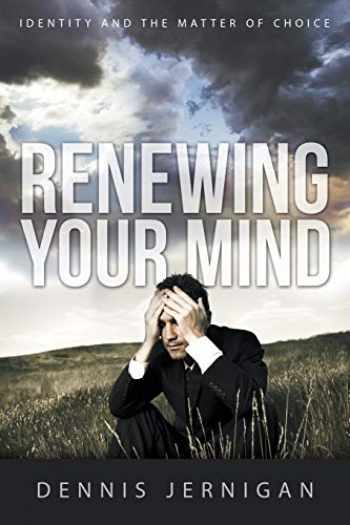 Renewing Your Mind: Identity and the Matter of Choice

How does one walk out of one identity and into another?

Dennis Jernigan gets that question a lot. Walking out of a homosexual identity in 1981 and living life since then in a brand new identity–a new creation in Christ–you can imagine the curiosity such a life might produce. Dennis set out to answer this question, and in so doing, the book Renewing Your Mind was born.

At one time, Dennis felt attracted to other men. When he began to replace the lies concerning himself with the truth of God’s Word, something close to miraculous began to take place: his feelings began to change! What Dennis has discovered is that the main battle of his life is the mental battle of discovering his true identity according to God’s Word. In the process of seeking God relationally, Dennis discovered the power of God’s Word to transform his mind. Two specific passages gave him strength to pursue God for a change in his thinking, and the end result is a brand new identity not defined by feelings, temptations, circumstances, other people or groups, or even himself. Dennis Jernigan is defined by his Maker.

About the Author: Dennis Jernigan is best known for his music. Songs like, “You Are My All in All,” “We Will Worship the Lamb of Glory,” “Thank You,” and “Who Can Satisfy My Soul (There Is a Fountain),” are still used widely in churches around the world. Dennis, along with his wife, Melinda, raised their nine children together on a farm in northeastern Oklahoma. Now they are investing their lives in the lives of their many grandchildren. Dennis Jernigan’s children’s stories were first written as a means of teaching his own children about the character and nature of God. Now that his children are grown and out of the nest, it is time for the stories to be shared with the rest of the world. To read more of Jernigan’s story, read his autobiography, Sing Over Me. For more on his heart for God, listen to his music. For information on how to get both, go to www.dennisjernigan.com or www.innovopublishing.com.