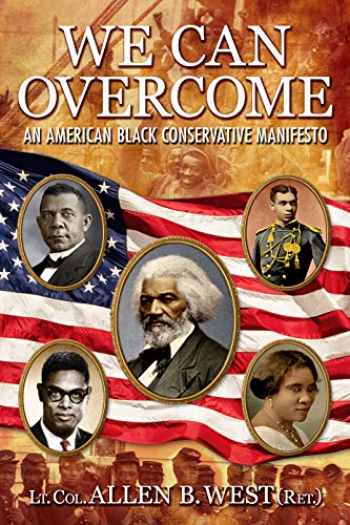 We Can Overcome: An American Black Conservative Manifesto

Something has happened to the black community. Over the past decades, black America stopped believing that ''we shall overcome.'' Instead, they began accepting handouts from the government, turning away from the values of family, selfless military service, and business ownership that have been pillars of black America from the beginning. Progressive socialism has bound them in what amounts to economic enslavement.

In his third book, Lt. Col. Allen B. West (Ret.) takes readers back through the political history of the black community, highlighting the history of public service, self-reliance, ingenuity, strong families, and religious involvement that pulled black Americans through the horrors of slavery, Reconstruction, and decades of Jim Crow laws. These are the values that enabled them to improve their lives - to overcome.

We Can Overcome: An American Black Conservative Manifesto urges black America to return to the conservative principles that once had entire neighborhoods building wealth and thriving on Black Wall Street in Tulsa, Oklahoma. It's time black Americans remember the strength they possess. In this age of escalating black-on-black violence and increasing government dependency, the sons and daughters of Frederick Douglass, Booker T. Washington, and Martin Luther King Jr. must stand up.

We are not victims. We are victors. We can overcome.