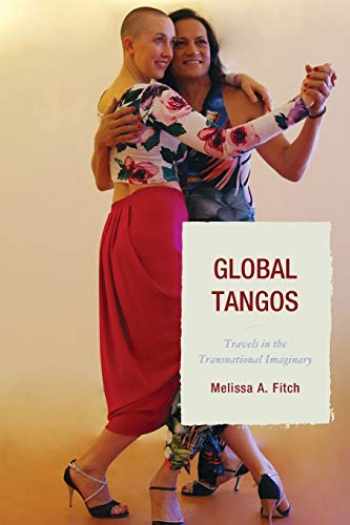 Global Tangos: Travels in the Transnational Imaginary argues against the hackneyed rose-in-mouth clichés of Argentine tango, demonstrating how the dance may be used as a way to understand transformations around the world that have taken place as a result of two defining features of globalization: transnationalism and the rise of social media. Global Tangos demonstrates the cultural impact of Argentine tango in the world by assembling an unusual array of cultural narratives created in almost thirty countries, all of which show how tango has mixed and mingled in the global imaginary, sometimes in wildly unexpected forms. Topics include Tango Barbie and Ken, advertising for phone sex, the presence of tango in political upheavals in the Middle East and in animated Japanese children’s television programming, gay tango porn, tango orchestras and composers in World War II concentration camps, global tango protests aimed at reclaiming public space, the transformation of Buenos Aires as a result of tango tourism, and the use of tango for palliative care and to treat other ailments. They also include the global development of queer tango theory, activism, and festivals. Global Tangos shows how the rise in social media has heralded a new era of political activism, artistry, solidarity, and engagement in the world, one in which virtual global tango communities have indeed become very “real” social and support networks. The text engages some key concepts from contemporary critics in the fields of tourism studies, geography, dance studies, cultural anthropology, literary studies, transnational studies, television studies, feminism, and queer theory. Global Tangos underscores the interconnectedness of cultural identity, economics, politics, and power in the production, marketing, distribution, and circulation of global images related to tango—and, by extension, Latin America—that travel the world.