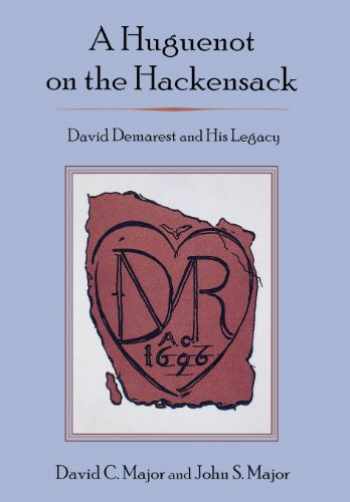 A Huguenot on the Hackensack: David Demarest and His Legacy

A Huguenot on the Hackensack is the first full-length study of David Demarest, an early European settler of northeastern New Jersey and progenitor of a large and locally influential family. The book examines Demarest's life, the legacy of his family, and the wider "Jersey Dutch" community in which the family played a prominent part. The book looks beneath accumulated layers of legend and older historical interpretations to formulate a new and more realistic (and more interesting) account of Demarest's life and legacy.

Demarest, a Huguenot (French Protestant), was born about 1620 in the French province of Picardy. He first appears in history with the record of his marriage to Marie Sohier in Middleburg, the Netherlands, in 1643. After marriage and the start of a family, his life unfolded in four sojourns of about a decade or a bit more: Middleburg, 1643 to about 1651; Mannheim, Germany, from about 1651 to 1663; Staten Island and New Harlem, 1663-78, and finally the French Patent along the Hackensack River in New Jersey, 1678 to his death in 1693. New evidence and new interpretations provide a picture of Demarest as an ambitious and upwardly mobile entrepreneur with an unusual talent for balancing risk and opportunity, and a dedicated churchman and community leader under both Dutch and English rule.

The book next considers the Demarests in the eighteenth century, when the family rose to prominence in Bergen County, played important roles in the Reformed Church in Hackensack and Schraalenburgh, and began to spread out to other parts of the country. Recapitulating Demarest's own career as an entrepreneur and land developer, some of his descendants settled parts of central Pennsylvania, upstate New York, and Kentucky. Many of those who remained in New Jersey were active in public affairs and the Revolutionary War.

By the end of the nineteenth century, enormous changes in Bergen County, including the spread of railroads and the transition from a farming economy to a suburban one, spelled the beginning of the end for the cohesiveness and influence of old, locally prominent Jersey Dutch families such as the Demarests. With further economic and demographic changes following World War II, such families were subsumed into the general population.

The book concludes with an assessment of the Demarest family's American experience, looks at how pioneer students of Demarest family history shaped and interpreted his life and legacy against the background of changes in American society in the late nineteenth and early twentieth centuries, and suggests what might yet be learned about Demarest through genetic evidence and the increasing availability of digitized records. Demarest's life and legacy are of interest not just to the large number of his descendants and the numerous descendants of other Jersey Dutch families, but more broadly to those interested in regional history, New Netherland, and American social history. 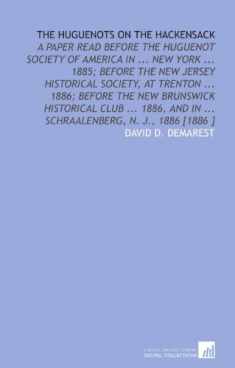 The Huguenots on th...
by David D. Demarest