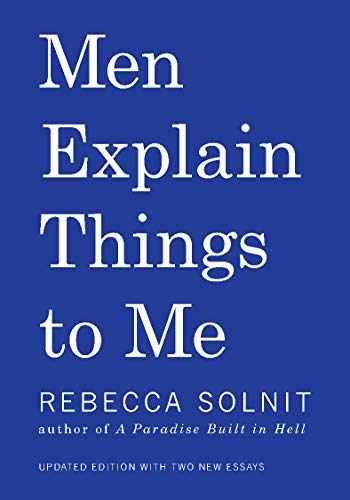 Men Explain Things to Me

"The antidote to mansplaining."—The Stranger

"Solnit tackles big themes of gender and power in these accessible essays. Honest and full of wit, this is an integral read that furthers the conversation on feminism and contemporary society."—San Francisco Chronicle Top Shelf

"Solnit [is] the perfect writer to tackle the subject: her prose style is so clear and cool."—The New Republic

"The terrain has always felt familiar, but Men Explain Things To Me is a tool that we all need in order to find something that was almost lost."—National Post

In her comic, scathing essay, "Men Explain Things to Me," Rebecca Solnit took on what often goes wrong in conversations between men and women. She wrote about men who wrongly assume they know things and wrongly assume women don't, about why this arises, and how this aspect of the gender wars works, airing some of her own hilariously awful encounters.

This updated edition with two new essays of this national bestseller book features that now-classic essay as well as "#YesAllWomen," an essay written in response to 2014 Isla Vista killings and the grassroots movement that arose with it to end violence against women and misogyny, and the essay "Cassandra Syndrome." This book is also available in hardcover.

Writer, historian, and activist Rebecca Solnit is the author of eighteen or so books on feminism, western and indigenous history, popular power, social change and insurrection, wandering and walking, hope and disaster, including the books Men Explain Things to Me and Hope in the Dark, both also with Haymarket; a trilogy of atlases of American cities; The Faraway Nearby;A Paradise Built in Hell: The Extraordinary Communities that Arise in Disaster; A Field Guide to Getting Lost; Wanderlust: A History of Walking; and River of Shadows, Eadweard Muybridge and the Technological Wild West (for which she received a Guggenheim, the National Book Critics Circle Award in criticism, and the Lannan Literary Award). A product of the California public education system from kindergarten to graduate school, she is a columnist at Harper's and a regular contributor to the Guardian. 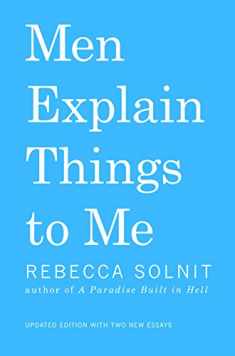