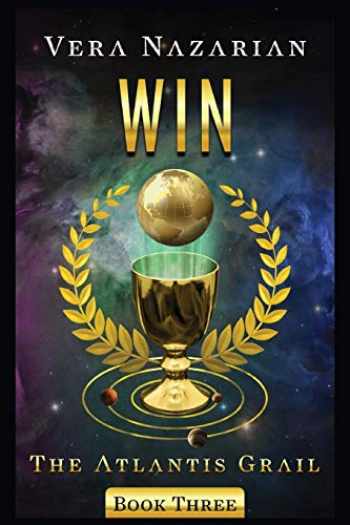 The Games are Forever!

It’s one thing to Qualify and Compete…
Now she must Win.

Gwen Lark, nerd, geek, and awkward smart girl, is among the lucky ones. She’s one of several million teenage refugees to escape the extinction-level asteroid barreling towards Earth and reach the ancient colony planet of Atlantis.

But Atlantis is a strange new world with higher gravity and a blazing white sun, where nothing is as expected. The new arrivals from Earth will now belong to the majority class of non-citizens who face a lifetime of hard work and limited rights.

To make matters worse, Gwen’s rare and powerful talent, her Logos voice, is viewed as a potential weapon to be exploited by the Imperator, as well as a threat to the Kassiopei Imperial Dynasty and its uncompromising control over the people of Atlantis.

A last-minute heartbreak prior to arrival turns to joy, when Gwen receives a declaration of love from an unexpected source. The Wedding date is set, but before she can be joined with her true love, she is forced to compete in the brutal and deadly Games of the Atlantis Grail to save herself, her family, friends, and everything she cares about. Once again, her intelligence, quick thinking skills, resilience, and creativity are challenged to the breaking point.

This time Gwen must fight and figure her way through the most difficult and sophisticated contest she has ever faced. Terrifying Ordeals and impossible Challenges, ruthless skilled Competitors, vicious secret assassins, and dubious teammates she must work with but cannot trust, are just the beginning. . . .

Meanwhile, as the Games rage, the fate of two worlds is at stake as a new alien threat looms over Earth and Atlantis.

But Gwen Lark has a secret weapon of her own. It’s not her Logos voice and its untapped power to control orichalcum technology and perpetuate change.

It is Gwen herself.

WIN is the third book in The Atlantis Grail series.