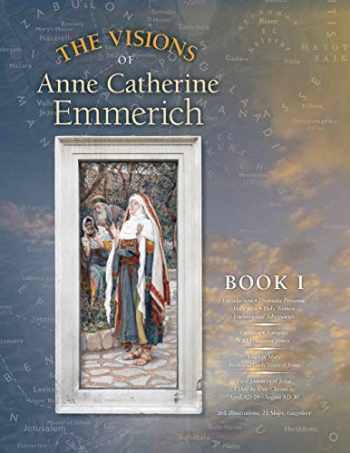 Together, the three books incorporate all 350 of James Tissot’s paintings of the life of Jesus, themselves largely inspired by his reading of the visions of Emmerich in the late 1800s, as well as new material, some translated for the first time from Clemens Brentano’s original notes of the visions.

On the basis of comprehensive chronological and geographic studies by Fr. Helmut Fahsel and Dr. Robert Powell, the years of Jesus’s ministry are presented as a day-by-day chronicle, and appendices supplied illustrating how this was achieved. Brief summaries offer a preview of most days of the ministry to prepare readers before they embark upon the more extensive version in the full text. A Dramatis Personae provides separate short articles—drawn from the visions and supplemented by translations from the recently published notebooks of Clemens Brentano—on the lives of the Apostles, of Lazarus and his friends, and of the Holy Women, as well as an account of the Enemies and Adversaries of Jesus.

But this is not all. Fr. Fahsel had 42 detailed maps drawn especially for his work, Der Wandel Jesu in der Welt (1942), depicting in minute detail the daily movements of Jesus during his teaching journeys according to Anne Catherine’s visions, which are here translated and updated. A gazeteer of places shown on the maps has also been included, as well as an extensive, cumulative index of proper names, places, and events referencing all three volumes, making this vast work more readily accessible for further study and research.

In addition to the paintings of James Tissot, Angelico selected from late 19th-century travelogues of the Holy Land more than 100 etchings and drawings. The Holy Land at that time had been so little altered by the march of history that these illustrations give the reader a real sense of “accompanying” Jesus during his travels.

Over the years many have attested to the transformative power of these visions, and Anne Catherine was beatified on Oct. 3, 2004 by Pope John Paul II. It is the editor’s hope that these visions—so engaging as an historical narrative, so illustrative of the gospel stories, so replete with inspired spiritual insight—may open a gateway, for the many who have in modern times fallen away from any connection with the life and teaching of Jesus, to the earthly garden where the Spirit bloomed, and blossoms still.

"These volumes, so beautifully bound, so carefully annotated, so majestically illustrated with Tissot’s original paintings and drawings (and so well-mapped), will help tune the hearts of our skeptical age toward the mysterious, which is to say the Divine.”—CHRISTOPHER CHECK, president of Catholic Answers

“To call Angelico’s new definitive edition of Anne Catherine Emmerich’s visions of the life of Christ a stunning, moving, and beautiful epic is almost an exercise in understatement.”—KEVIN VOST, author of Memorize the Faith!

“An extraordinary, captivating look at how a major mystic ‘saw’ the life of Our Lord, with monumental artwork that brings us to Palestine two thousand years ago.”—MICHAEL H. BROWN, Spirit Daily

“Angelico Press establishes a landmark in Catholic publishing with this definitive revised and supplemented new edition of Blessed Anne Catherine Emmerich’s Visions of the Life of Christ.”—CHRISTOPHER A. FERRARA, author of The Secret Still Hidden

“The publication of this magnificent treatise at this critical moment in church history could well be providential.”—WOLFGANG SMITH, author of Christian Gnosis