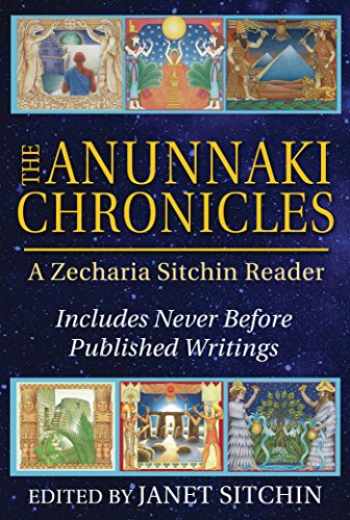 • Each piece includes an introduction, offering context and insight into Sitchin’s passionate work and revealing the man behind the theories

• Explains the genesis of The 12th Planet, the Anunnaki influences on the Sumerian civilization, the orbit of Nibiru, the prehistory of the Americas, the extraterrestrial origins of modern man, and much more

What if the tales from the Old Testament and other ancient writings, such as those from Sumer, Babylon, Egypt, and Greece, were not myths or allegory but accounts of actual historical events? Known for his ability to read and interpret ancient Sumerian and Akkadian clay tablets, Zecharia Sitchin (1920-2010) took the words of our most ancient ancestors as fact and, through decades of meticulous research, showed that they revealed a coherent narrative about the true origins of humanity and civilization. Drawing both widespread interest and criticism, his Earth Chronicles series of books, beginning with The 12th Planet, detailed how humanity arose after the arrival of the Anunnaki (“those who from Heaven to Earth came”), alien “gods” who created modern man in their own image and imparted gifts of civilizing knowledge.

Providing an insider’s look into the decades of research behind Zecharia Sitchin’s complete works as well as an in-depth overview of his theories, this collection includes carefully selected chapters from the Earth Chronicles series as well as never-before-published letters, articles, and lectures. We learn about the genesis of The 12th Planet in “The Book as a Story,” the Sumerians and their Anunnaki influences in “The Sudden Civilization,” the orbit of Nibiru in “UFOs, Pyramids, and the 12th Planet,” the prehistory of the Americas in “Cities Lost and Found,” the extraterrestrial origins of modern man in “The Cosmic Connection--DNA,” and much more. We get to read never-before-published lectures, culled from Sitchin’s decades of presentations, as well as the article that spurred the writing of There Were Giants Upon the Earth.

Each piece includes an introduction by Sitchin’s niece, offering context and insight into Sitchin’s passionate work. These introductions reveal the man behind the theories, a world traveler known for his scholarship, dry humor, and precisely chosen words. If his theories are true, as Sitchin wholeheartedly believed, then this collection presents some of the most important knowledge we have of our origins and future.