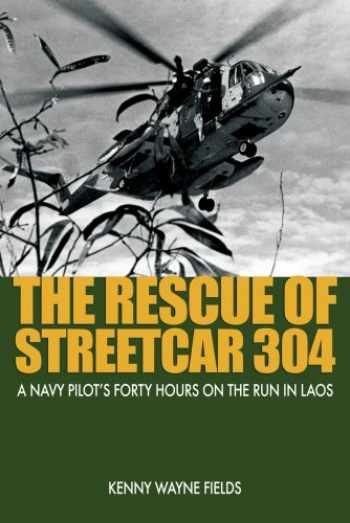 The Rescue of Streetcar 304: A Navy Pilot's Forty Hours on the Run in Laos

On 31 May 1968, Lt. Kenny Fields catapulted off USS America in his A-7 for his first-ever combat mission. His target was two hundred miles away in Laos. What the planners did not know was that Fields was en route to a massive concentration of AAA gun sites amidst an entire North Vietnamese division.

Fields, call sign Streetcar 304, was the first to roll in, and he destroyed that target with a direct hit. Three AAA guns began to fire, but, following his wingman's run, he rolled in again. This time many more AAA guns opened up and Fields was shot down. Soon, a rescue pilot suffered the same fate.

The Rescue of Streetcar 304 is Fields' exhilarating narrative of the forty hours that followed and what turned out to be one of the largest and most spine-tingling air rescues of the Vietnam War.

Fields mixes humor and drama as he recounts teeth-chattering close encounters with Pathet Lao guerillas, and nearly being killed time and again by friendly bombs. He describes in riveting detail the radio chatter between participants, and the stress effects of coping with fear, sleep deprivation, wild animals, and relentless AAA. By the time it was over, the U.S. Air Force had flown 189 sorties to rescue Fields, and in the process four pilots ejected, seven planes were lost or heavily damaged, and one pilot became a POW for five years.