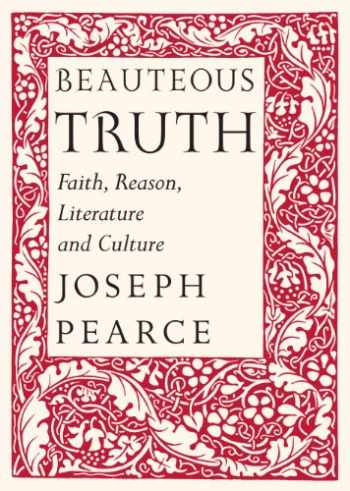 Acknowledged authors Pearce, Joseph, Burke, Raymond wrote Beauteous Truth: Faith, Reason, Literature & Culture comprising 280 pages back in 2014. Textbook and eTextbook are published under ISBN 1587310678 and 9781587310676. Since then Beauteous Truth: Faith, Reason, Literature & Culture textbook was available to sell back to BooksRun online for the top buyback price of $ 7.51 or rent at the marketplace.
Show more

Beauteous Truth explores the inextricable connection between the Good, the True and the Beautiful. It is a book that makes the necessary connections between faith and reason and between theology, philosophy, history and literature. It presents a panoramic overview of Western Civilization, from Homer to Tolkien, and highlights the importance of the great figures of the Catholic cultural revival, including Newman, Wilde, Chesterton, Belloc, and C.S. Lewis. Ranging from Shakespeare to Solzhenitsyn, Beauteous Truth celebrates the marriage of sanity and sanctity, which is the fruit of the indissoluble union of fides et ratio.
Early ReviewsWhat we have here is a glorious and compendious portmanteau of – well – of Everything, as it were. We have all long since discovered that Joseph Pearce is a polymath. But he has outdone himself with this volume. The subtitle is the cue: “Faith, Reason, Literature, and Culture.” And the text fulfills that promise. Readers are in for a bracing itinerary that will take them from Greek classicism through the Middle Ages, the Counter-Reformation, the Romantic Movement, and into modernity. The presiding factor in the whole thing is a robust Catholic orthodoxy. The author/guide speaks with both authority and brio. This book qualifies for the “Highly recommended” slot. – Thomas Howard (St. John’s Seminary, Boston, emer.)
Joseph Pearce has not only written much on Catholic letters but on the whole tradition of letters in our culture. In this collection, he brings together his wide, amazingly wide reflections and considerations on literature and what it really stands for. While many paths to the highest things might be taken, the literary path is perhaps the most pleasant and the most engaging. Pearce not only draws us out, alerts us to authors who speak to us, but he also opens doors to writers and themes in Catholic and western literature that would be otherwise closed to us without his sensitive guidance and insight. We have here the whole of Pearce where he tells us everything about which he has been thinking. It is a great contribution to our understanding of reality, to the things that are.” – James V. Schall, s.j., Georgetown University
This interdisciplinary collection of essays previously published in such journals as St. Austin Review, First Things, and Chesterton Review provides rich food for thought on an array of topics dealing with the intersection between beauty, truth, culture, and Catholicism. Brief yet pithy, each essay can stand alone, inviting wide ranging meditation on the modern situation in light of history, literature, science, and religion. Taken together, the essays offer an epic sweep of a culture at crossroads urgently needing to reclaim the illumination of Christ. This is a book to savor and return to, time and again. – Dr. Mary Reichardt, Professor of Catholic Studies and Literature, The University of St. Thomas, St. Paul, Minn. 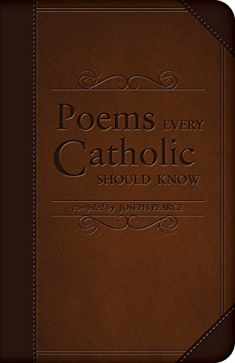 Poems Every Catholi...
by Pearce, Joseph 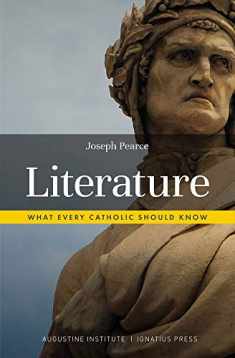 Literature: What Ev...
by Pearce, Joseph