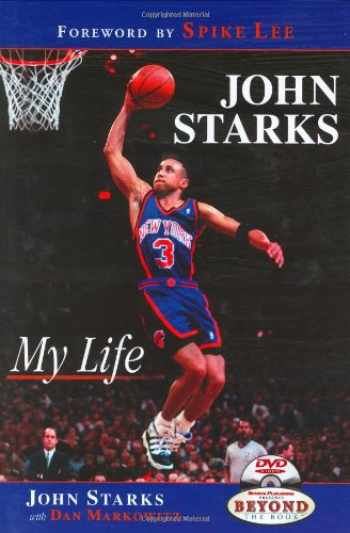 Acknowledged authors Starks, John wrote John Starks: My Life comprising 232 pages back in 2004. Textbook and eTextbook are published under ISBN 158261802X and 9781582618029. Since then John Starks: My Life textbook was available to sell back to BooksRun online for the top buyback price or rent at the marketplace.
Show more

John Starks: My Life chronicles John Starks' miraculous ascension from going undrafted after one just one season at Oklahama State to his stellar career with the New York Knicks. Fans remember his memorable career in New York, capsuled by two remarkable, yet polar-opposite games. The highest of highs would be his triumphant dunk over Horace Grant and Michael Jordan, known in Knick history as "The Dunk," in the waning moments of the 1993 Eastern Conference Finals against the Chicago Bulls which put the Knicks up two games to none. Starks also holds nothing back about his 2-for-18 shooting drought in Game 7 of the 1994 NBA Finals against the Houston Rockets, which was the last real chance the Knicks have had for a championship since 1973. Patrick Ewing, Charles Oakley, Anthony Mason, Mark Jackson, Michael Jordan, Reggie Miller, Pat Riley and Jeff Van Gundy are all seen anew through Starks' clear, no-nonsense eyes. Starks also describes his other NBA stops in Golden State, Utah and, briefly, Chicago. In addition, Starks names his all-minor league-to-NBA team, his all-heart-on-the-jersey team and his all-shooting team. Starks' autobiography describes the star's rise from life in inner-city Tulsa, Oklahoma. As a child, John did not escape trouble, stealing from stores and later cars with a friend who later died in a high-speed car crash with the police. He credits his escape and rapid rise to the influence of his older brother, Monry, who watched the majority of John's NBA career from behind bars, and the single mother that raised John and his siblings. John later attended four junior colleges before making his breakthrough and playing Division I college basketball at Oklahoma State. Montry,before he was sent away to prison, was the one who drove John, toughening him up in savage games of one-on-one and convincing John that he had more in him than just being a drug dealer like himself and playing basketball on the playgrounds of Tulsa. It was Monty who called Leonard Hamilton, the then-coach of Oklahoma State, and got Coach Hamilton to come down and watch John play at Oklahoma Junior College, resulting in a scholarship. Finally, it is a book about family and Starks moving back to Tulsa and raising his family of three children (John Jr. is an aspiring basketball player with a dream to make it to the NBA like his father) with his wife, Jackie, and helping Monty after his release from prison in 2000. Montry now lives in a house on John's property, adjacent to John's house, and has helped him find employment. The two are avid golf partners who, although they constantly fight over everything from Montry rooting for OU and John for OSU, share a bond forged on the hardscrabble streets of North Tulsa. 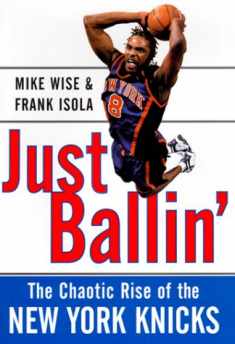