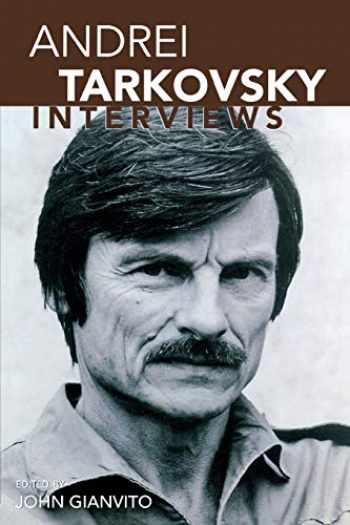 Andrei Tarkovsky (1932-1986) was one of Russia's most influential and renowned filmmakers, despite an output of only seven feature films in twenty years. Revered by such filmmaking giants as Ingmar Bergman and Akira Kurosawa, Tarkovsky is famous for his use of long takes, languid pacing, dreamlike metaphorical imagery, and meditations on spirituality and the human soul. His Andrei Roublev, Solaris, and The Mirror are considered landmarks of postwar Russian cinema.

Andrei Tarkovsky: Interviews is the first English-language collection of interviews with and profiles of the filmmaker. It includes conversations originally published in French, Italian, Russian, and British periodicals. With pieces from 1962 through 1986, the collection spans the breadth of Tarkovsky's career.

In the volume, Tarkovsky candidly and articulately discusses the difficulties of making films under the censors of the Soviet Union. He explores his aesthetic ideology, filmmakers he admires, and his eventual self-exile from Russia. He talks about recurring images in his movies--water, horses, fire, snow--but adamantly refuses to divulge what they mean, as he feels that would impose his own meaning onto the audience. At times cagey and resistant to interviewers, Tarkovsky nevertheless reveals his vision and his rigorous devotion to his art.