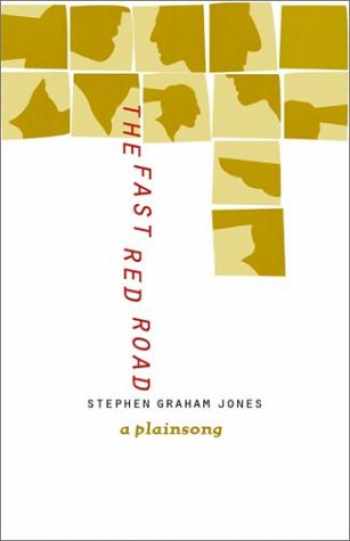 The Fast Red Road: A Plainsong

Acknowledged authors Jones, Stephen Graham wrote The Fast Red Road: A Plainsong comprising 326 pages back in 2000. Textbook and eTextbook are published under ISBN 1573660884 and 9781573660884. Since then The Fast Red Road: A Plainsong textbook was available to sell back to BooksRun online for the top buyback price or rent at the marketplace.
Show more

The Fast Red Road—A Plainsong is a novel which plunders, in a gleeful, two-fisted fashion, the myth and pop-culture surrounding the American Indian. It is a story fueled on pot fumes and blues, borrowing and distorting the rigid conventions of the traditional western. Indians, cowboys, and outlaws are as interchangeable as their outfits; men strike poses from Gunsmoke, and horses are traded for Trans-Ams. Pidgin, the half-blood protagonist, inhabits a world of illusion—of aliens, ghosts, telekinesis, and water-pistol violence—where television offers redemption, and "the Indian always gets it up the ass."

Having escaped the porn factories of Utah, Pidgin heads for Clovis, NM to bury his father, Cline. But the body is stolen at the funeral, and Pidgin must recover it. With the aid of car thief Charlie Ward, he criscrosses a wasted New Mexico, straying through bars, junkyards, and rodeos, evading the cops, and tearing through barriers "Dukestyle." "Charlie Ward slid his thin leather belt from his jeans and held it out the window, whipping the cutlass faster, faster, his dyed black hair unbraiding in the fifty mile per hour wind, and they never stopped for gas." Along the way, Pidgin escapes a giant coyote, survives a showdown with Custer, and encounters the remnants of the Goliard Tribe—a group of radicals to which Cline belonged.

Pidgin's search allows him to reconcile the death of his father with five hundred years of colonial myth-making, and will eventually place him in a position to rewrite history. Jones tells his tale in lean, poetic prose. He paints a bleak, fever-burnt west—a land of strip-joints, strip-malls, and all you can eat beef-fed-beef stalls, where the inhabitants speak a raw, disposable lingo. His vision is dark yet frighteningly recognizable. In the tradition of Gerald Vizenor's Griever, The Fast Red Road—A Plainsong blazes a trail through the puppets and mirrors of myth, meeting the unexpected at every turn, and proving that the past—the texture of the road—can and must be changed.