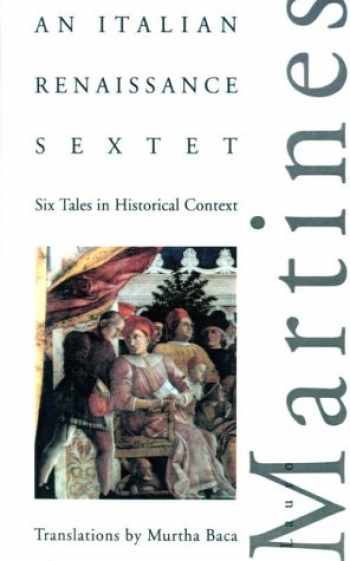 This unique collection offers six tales as enticing views into the history of Renaissance Italy, with fiction and fictional modes thus becoming gateways to a real, historical world.

All written between 1400 and 1500-- among them a rare gem by Lorenzo the Magnificent and a famous account featuring Filippo Brunelleschi-- the six stories are presented here in new and lively translations. As engrossing, fresh, and high-spirited as those in Boccaccio's "Decameron", the tales deal with marriage, deception, rural manners, gender relations, social ambitions, adultery, homosexuality, and the demands of individual identity.

Each is accompanied by an essay, in which Lauro Martines situates the story in its temporal context, transforming it into an outright historical document. The stories and essays focus mainly on people from the ordinary and middling ranks of society, as they go about the daily give-and-take of city life, under the pressure of a highly practical, conformist, pleasure-loving (but often cruel) urban society.

"An Italian Renaissance Sextet" reveals the concerns of a searching historical work with a combined anthropological, demographic, and cultural slant; what emerges is a fascinating range of issues: gender, age, sexuality, blasphemy, forms of social address, and, above all, the invasive gaze of a community that kept an ever vigilant eye on its public spaces.