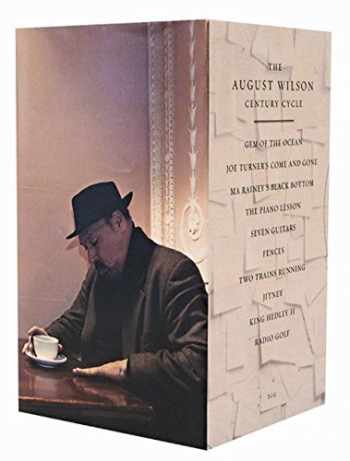 “No one except perhaps Eugene O’Neill and Tennessee Williams has aimed so high and achieved so much in the American theater.”—John Lahr, The New Yorker

“Heroic is not a word one uses often without embarrassment to describe a writer or playwright, but the diligence and ferocity of effort behind the creation of his body of work is really an epic story. . . . For all the magic in his plays, he was writing in the grand tradition of Eugene O’Neill and Arthur Miller, the politically engaged, direct, social realist drama. He was reclaiming ground for the theater that most people thought had been abandoned.”—Tony Kushner

August Wilson’s Century Cycle is “one of the most ambitious dramatic projects ever undertaken” (The New York Times). With it, Wilson dramatizes the African American experience and heritage in the twentieth century, with a play for each decade, almost all set in the Hill District of Pittsburgh, where he grew up. Wilson’s extraordinary lifework—completed just before his death in October 2005—is presented here for the first time in its entirety.

Art is beholden to the kiln in which the artist was fired. Before I am anything, a man or a playwright, I am an African American. . . . The cycle of plays that I have been writing since 1979 is my attempt to represent that culture on stage in all its richness and fullness and to demonstrate its ability to sustain us in all areas of human life and endeavor and through profound moments of our history in which the larger society has thought less of us than we have thought of ourselves.

The characters in the plays still place their faith in America’s willingness to live up to the meaning of her creed. It is this belief in America’s honor that allows them to pursue the American Dream even as it remains elusive. . . . They shout, they argue, they wrestle with love, honor, duty, betrayal; they have loud voices and big hearts; they demand justice, they love, they laugh, they cry, they murder, and they embrace life with zest and vigor. . . . In all the plays, the characters remain pointed towards the future, their pockets lined with fresh hope and an abiding faith in their own abilities and their own heroics.—August Wilson