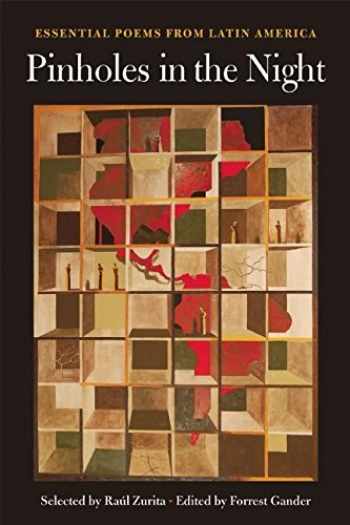 "When we read a book we put it in front of our eyes, not behind them, which is to say, more or less, that we open ourselves to a dimension of our future."—Raúl Zurita, from the introduction

This intensely focused bilingual anthology pinpoints the heart of Latin American self-identification. In selecting these fifteen essential poems, Chilean poet Raúl Zurita was guided by the question, "What poem, had it not been written, would have rendered the author another author and Latin American poetry something else?" This extraordinary gathering of talent—from Jorge Luis Borges and Pablo Neruda to Ernesto Cardenal and César Vallejo—spans the twentieth century.

From "The Heights of Macchu Picchu":

How many times in the wintry streets of a city or ina bus or a boat at dusk, or in the deepest loneliness, a night of revelry beneath the soundof shadows and bells, in the very grotto of human pleasureI've tried to stop and seek the eternal unfathomable lodethat I touched before on stone or in the lightning unleashed by a kiss . . .

Raúl Zurita, winner of the Chilean National Prize for Literature, survived arrest and torture during Augusto Pinochet's dictatorship. He co-founded CADA (Colectivo de acción de arte), and has created huge poetic art pieces, including poems carved into cliffs that can only be read from the sky.

Forrest Gander is a poet, translator, and professor at Brown University. His books have been named finalists for the Pulitzer Prize and the National Book Critics Award.