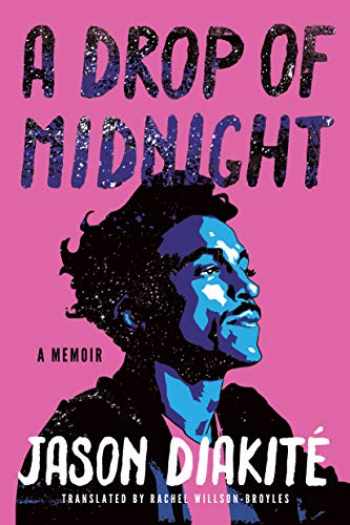 A Drop of Midnight: A Memoir

Acknowledged authors Diakité, Jason wrote A Drop of Midnight: A Memoir comprising 304 pages back in 2020. Textbook and eTextbook are published under ISBN 1542017076 and 9781542017077. Since then A Drop of Midnight: A Memoir textbook was available to sell back to BooksRun online for the top buyback price of $ 1.01 or rent at the marketplace.
Show more

World-renowned hip-hop artist Jason “Timbuktu” Diakité’s vivid and intimate journey through his own and his family’s history—from South Carolina slavery to twenty-first-century Sweden.

Born to interracial American parents in Sweden, Jason Diakité grew up between worlds—part Swedish, American, black, white, Cherokee, Slovak, and German, riding a delicate cultural and racial divide. It was a no-man’s-land that left him in constant search of self. Even after his hip-hop career took off, Jason fought to unify a complex system of family roots that branched across continents, ethnicities, classes, colors, and eras to find a sense of belonging.

In A Drop of Midnight, Jason draws on conversations with his parents, personal experiences, long-lost letters, and pilgrimages to South Carolina and New York to paint a vivid picture of race, discrimination, family, and ambition. His ancestors’ origins as slaves in the antebellum South, his parents’ struggles as an interracial couple, and his own world-expanding connection to hip-hop helped him fashion a strong black identity in Sweden.

What unfolds in Jason’s remarkable voyage of discovery is a complex and unflinching look at not only his own history but also that of generations affected by the trauma of the African diaspora, then and now.