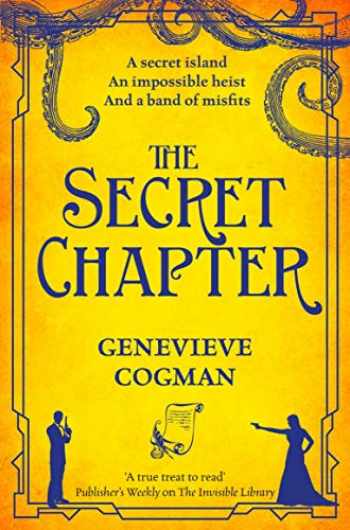 In the latest novel in Genevieve Cogman’s historical fantasy Invisible Library series, Irene and Kai have to team up with an unlikely band of misfits to pull off an amazing art heist, or risk the wrath of a dangerous villain in his secret island lair.

A Librarian spy’s work is never done, and after their latest adventure, Irene is summoned back to the Library. The world where she grew up is in danger of veering into chaos – so she needs to obtain a particular book to stop this happening. And the only copy of the edition they need is in the hands of a notorious Fae broker and trader in rare objects: Mr Nemo.

Irene and Kai make their way to Mr Nemo’s remote Caribbean island, and are invited to dinner – which includes unlikely company. And Mr Nemo has an offer for everyone there. He wants them to form a team to steal a specific painting from a specific world. And he swears that that he will give Irene the book she seeks, if she joins them – but only if he has the painting within the week.

No one can resist the deal he offers. But to get their rewards, they’ll have to work together. And is this really possible when the team includes a dragon techie plus assorted fae - filling the roles of gambler, driver and ‘the muscle’? Their goal? A specific Museum in Vienna, in an early twenty-first-century world. Here, their toughest challenge might be each other.

The Secret Chapter by Genevieve Cogman is a bookish adventure where a Librarian spy must fall in with a nefarious group to achieve her goals. Imagine Ocean’s Eleven meets James Bond with a pinch of magic . . .