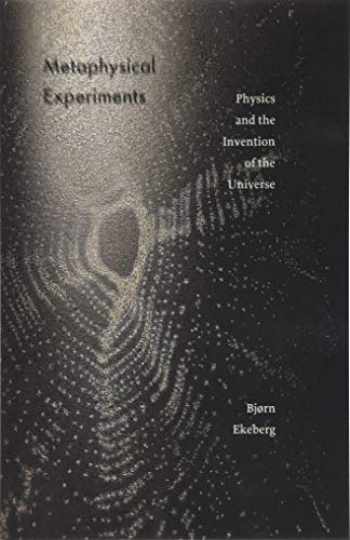 Metaphysical Experiments: Physics and the Invention of the Universe (Volume 49) (Posthumanities)

The James Webb Space Telescope, when launched in 2021, will be the premier orbital observatory, capable of studying every phase of the history of the universe, from the afterglow of the Big Bang to the formation of our solar system. Examining the theoretical basis for key experiments that have made this latest venture in astrophysics possible, Bjørn Ekeberg reveals that scientific cosmology actually operates in a twilight zone between the physical and metaphysical.

Metaphysical Experiments explains how our current framework for understanding the universe, the Big Bang theory, is more determined by a deep faith in mathematical universality than empirical observation. Ekeberg draws on philosophical insights by Spinoza, Bergson, Heidegger, and Arendt; on the critical perspectives of Latour, Stengers, and Serres; and on cutting-edge physics research at the Large Hadron Collider, to show how the universe of modern physics was invented to reconcile a Christian metaphysical premise with a claim to the theoretical unification of nature.

By focusing on the nonmathematical assumptions underlying some of the most significant events in modern science, Metaphysical Experiments offers a critical history of contemporary physics that demystifies such concepts as the universe, particles, singularity, gravity, blackbody radiation, the speed of light, wave/particle duality, natural constants, black holes, dark matter, and dark energy. Ekeberg’s incisive reading of the metaphysical underpinnings of scientific cosmology offers an innovative account of how we understand our place in the universe.