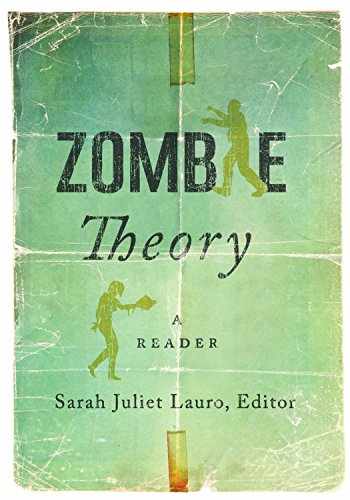 Zombies first shuffled across movie screens in 1932 in the low-budget Hollywood film White Zombie and were reimagined as undead flesh-eaters in George A. Romero’s The Night of the Living Dead almost four decades later. Today, zombies are omnipresent in global popular culture, from video games and top-rated cable shows in the United States to comic books and other visual art forms to low-budget films from Cuba and the Philippines. The zombie’s ability to embody a variety of cultural anxieties—ecological disaster, social and economic collapse, political extremism—has ensured its continued relevance and legibility, and has precipitated an unprecedented deluge of international scholarship.

Zombie studies manifested across academic disciplines in the humanities but also beyond, spreading into sociology, economics, computer science, mathematics, and even epidemiology. Zombie Theory collects the best interdisciplinary zombie scholarship from around the world. Essays portray the zombie not as a singular cultural figure or myth but show how the undead represent larger issues: the belief in an afterlife, fears of contagion and technology, the effect of capitalism and commodification, racial exclusion and oppression, dehumanization. As presented here, zombies are not simple metaphors; rather, they emerge as a critical mode for theoretical work. With its diverse disciplinary and methodological approaches, Zombie Theory thinks through what the walking undead reveal about our relationships to the world and to each other.