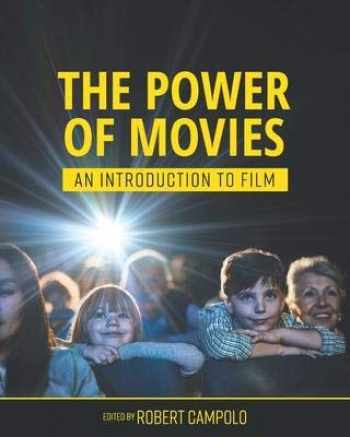 The Power of Movies: An Introduction to Film

The Power of Movies: An Introduction to Film provides students with an engaging array of readings that explore the innovative and beloved world of motion pictures. Students learn the language of film, the technical process behind movies, how movies have influenced and shaped society and culture, and more.

The collection begins by illuminating why individuals are drawn to the movies, positing that films reflect the human condition and society, provide a temporary escape from reality, act as time capsules, motivate audiences, and tap into the parts of us that love storytelling. Over the course of nine chapters, students read articles on cinematic language, film genres, screenplays, the movies as a business and industry, film directors, and visionaries that have influenced the business.

Developed to provide students with a foundational understanding of the film industry and its incredible influence in popular culture, The Power of Movies is an ideal textbook for introductory courses in film appreciation, screenwriting, and the motion picture industry.

Robert Campolo is a professor in the Theatre & Film Department at Cerritos College, where he teaches courses in film appreciation and history, great film directors, screenwriting, and world cinema. He earned his M.F.A. in film and television from the University of California, Los Angeles. Before entering academia, Professor Campolo worked for companies such as Time Warner, Disney Studios, and Sports Illustrated in New York City.