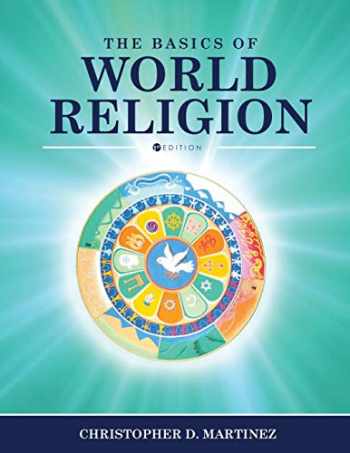 The Basics of World Religion

The Basics of World Religion is uniquely designed to introduce students to fundamental concepts in world religion. The text provides the critical information students need to grasp the basics of religion and build upon that knowledge in more advanced courses.

The text begins with an introduction to religion as a concept, practice, and academic discipline, and outlines the four key types of religion and major world religions. The proceeding chapter addresses various aspects and types of ancient and indigenous religions including shamanism, divination and astrology, creation stories, and more. Dedicated chapters explore branches, belief systems, common myths, and holidays of Islam, Judaism, Christianity, Hinduism, Buddhism, Jainism, Daoism, Confucianism, Shinto and Korean religion, and Sikhism. The book concludes with a chapter that outlines new and emerging religions. Throughout, students are exposed to illustrations and photos of religious rituals, figures, and houses of worship in the United States to bring the content to life.

Lively, humorous, and engaging in its presentation of material, The Basics of World Religion is an ideal resource for introductory undergraduate courses in religion.

Christopher D. Martinez holds a Ph.D. in adult education and a master’s degree in religious studies. He has traveled the world studying religions and collecting artifacts. Dr. Martinez has also applied key learning strategies and developed curriculum for several colleges and universities. He is an adjunct faculty member in the Department of Religion at St. Petersburg College. Dr. Martinez is the author of Survival Guide for the End of the World, a guidebook on how to survive the end-of-times scenarios of the world’s great religions.