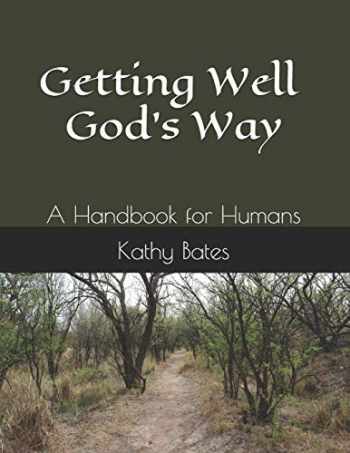 Note: When her health failed she did what most Christians do; went forward for prayer and began seeing doctors. After 18 months, 11 doctors, and lots of prayer, she was worse, much worse. So she canceled all medical appointments, cried out to God, and was taken on an amazing journey. God helped her understand that it's pointless for Him to heal someone who doesn't know what's making them sick as they will only continue in their diet, lifestyle, environment, and relationships that created the illness in the first place. She hasn't been to a mainstream doctor now since 1989. Just imagine what the world would look like if this was the norm among professing Christians. Regardless of your faith this book is a handbook for health and healing in the modern world.

Back Cover of Book: In 1986 my seasonal allergies progressed in severity and became year-round while under a specialist’s care. After pregnancy in late 1987 premenstrual symptoms were raging 25 days out of each month, including dramatic mood swings, infertility, and severe depression. This too was under the care of three doctors. In 1988 I was diagnosed with Advanced Cervical Degenerative Disc Disease and told by several doctors that my neck would be fused by 1992. Severe digestive issues and recurrent infections also became part of the mystery. I was told I’d need rotator cuff surgery for a shoulder that dislocated often and included severe episodes of bursitis. And in 1989 a diagnosis of Hashimoto’s, an autoimmune thyroid disease, was added to the list. I had lots of names for my conditions, dismal predictions, illogical explanations, and no solutions until I canceled all my medical appointments and sought God. And in October 2016 I touched the screen of my iPhone 5C and a pain shot up my arm that felt like a blood pressure cuff was on too tight; it stayed for 2 hours. I then began reacting to everything electrical in my environment. For reasons you will see in the book, this event was orchestrated by God so I would see, understand, and share some vital information. 20 pages cover this experience and again, what I did to get well; none of which involved a medical doctor. Our body is truly a self-healing organism if you know how to take care of it. This book covers the basics and will motivate and inspire you to make needed changes in your life on many levels. It's a powerful story!

Today Kathy is well and hasn’t been to a mainstream medical doctor for illness since 1989.

Kathy Bates is a licensed massage therapist utilizing many tools to bring improved health and appearance to her clients. She lives in Austin, Texas.

A second book on reversing chronic pain is in the planning stage. In an 18 month period she suffered a broken spine from a fall over a bridge while cycling. With two ten-inch steel rods in her spine, going from a wheelchair, to a walker, to a cane and had another warning from God "You're going to be hurt again. It's for my purposes so I need you to trust Me." Three weeks later she stepped on pvc pipe laying across an aisle in a hardware store suffering even more damage that would leave her suffering with sciatica for 11 years. Again, God showed her how to get well, while an opiate epidemic was forming around her. We have much to learn.

"I can say with certainty that a timid, compliant person, who needs the approval of others would have failed in this mission. We should thank God for those who question the status quo, those who Steve Jobs says, "push the human race forward." Pam H.

"The book is well written, intriguing, informative, comforting, alarming, and important." Kim T. "Your book intro dropped me to my knees in tears. You're right!" James K.