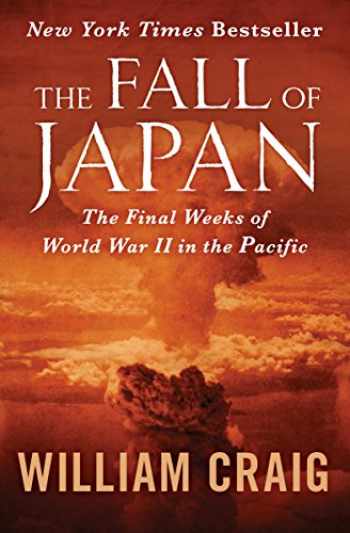 The Fall of Japan: The Final Weeks of World War II in the Pacific

New York Times Bestseller: A “virtually faultless” account of the last weeks of WWII in the Pacific from both Japanese and American perspectives (The New York Times Book Review).

By midsummer 1945, Japan had long since lost the war in the Pacific. The people were not told the truth, and neither was the emperor. Japanese generals, admirals, and statesmen knew, but only a handful of leaders were willing to accept defeat. Most were bent on fighting the Allies until the last Japanese soldier died and the last city burned to the ground.

Exhaustively researched and vividly told, The Fall of Japan masterfully chronicles the dramatic events that brought an end to the Pacific War and forced a once-mighty military nation to surrender unconditionally.

From the ferocious fighting on Okinawa to the all-but-impossible mission to drop the 2nd atom bomb, and from Franklin D. Roosevelt’s White House to the Tokyo bunker where tearful Japanese leaders first told the emperor the truth, William Craig captures the pivotal events of the war with spellbinding authority. The Fall of Japan brings to life both celebrated and lesser-known historical figures, including Admiral Takijiro Onishi, the brash commander who drew up the Yamamoto plan for the attack on Pearl Harbor and inspired the death cult of kamikaze pilots., This astonishing account ranks alongside Cornelius Ryan’s The Longest Day and John Toland’s The Rising Sun as a masterpiece of World War II history.
Show more