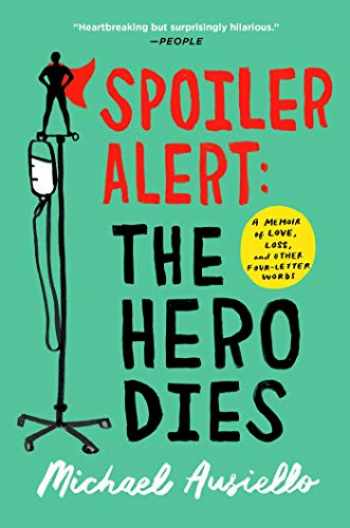 Spoiler Alert: The Hero Dies: A Memoir of Love, Loss, and Other Four-Letter Words

ONE OF KIRKUS REVIEWS’ BEST BOOKS OF THE YEAR

In this “heartbreaking but often surprisingly hilarious memoir” (People) reminiscent of Love Is a Mixtape and Bettyville, a respected TV columnist remembers his late husband, and the lessons, love, and laughter that they shared throughout their fourteen years together. As J.J. Abrams raves, “A more honest, funny, and insightful book on the subject of loss can be found nowhere.”

For the past decade, TV fans have counted upon Michael Ausiello’s insider knowledge to get the scoop on their favorite shows and stars. From his time at Soaps in Depth and Entertainment Tonight to his influential stints at TV Guide and Entertainment Weekly to his current role as co-founder of the wildly popular website TVLine.com, Michael has established himself as the go-to expert when it comes to our most popular form of entertainment.

What many of his fans don’t know, however, is that while his professional life was in full swing, Michael had to endure the greatest of personal tragedies: his longtime boyfriend, Kit Cowan, was diagnosed with a rare and very aggressive form of neuroendocrine cancer. Over the course of eleven months, Kit and Michael did their best to combat the deadly disease, but Kit succumbed to his illness in February 2015.

In this heartbreaking and darkly hilarious memoir, Michael tells the story of his harrowing and challenging last year with Kit while revisiting the thirteen years that preceded it, and how the undeniably powerful bond between him and Kit carried them through all manner of difficulties—always with laughter front and center in their relationship. Spoiler Alert: The Hero Dies is “a story about love and loss, joy and heartbreak. And in the midst of personal turmoil, we learn that bravery comes in many forms” (The Washington Post).
Show more