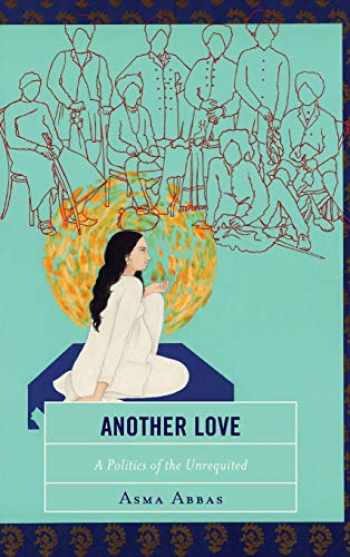 Another Love: A Politics of the Unrequited

In a time when our loves feel conscripted and exhausted by what we often do not remember desiring, Another Love: A Politics of the Unrequited explores the form, method, imperatives, and inflections of love in the global post colony, and offers a way to re-apprehend and re-inscribe love in an anticolonial, materialist, and nonfascist politics and aesthetics. The figure of “the unrequited” is invoked as a symptom of a brutally loveless yet effusively sentimentalized era, and also as an ineluctable yet very concrete political location in the face of both the intensifying external realities of war, occupation, apartheid, austerity, and terror, as well as the increasingly normalized internalizations of ordinary imperialism, nationalism, neoliberalism, fascism, and colonialism—all of which seem bent on extinguishing the possibility of relation itself. The book asks that we look at practices of love and other material labors that yield and sustain these realities within complex lifeworlds; indeed, those which sustain entire systems of our subjection, extraction, and disposability—such as colonialism, capitalism, liberalism, and fascism—as lifeworlds, especially when given, dominant, forms of recognition, affection, embrace, and belonging are unacceptable or even repulsive.

Distancing itself from shortcuts afforded by love’s abstract forms deployed in ethical and moral discourses that at once elevate it yet wholly reduce it to a timeless, apolitical, essence, Another Love sees love as a material and political relation to time and space, signaling willed and unwilled shifts in historical reality in societies juggling various wars and annihilations. It maintains that love is something in and with which we confess our complicities not only with but also against hegemonic notions of belonging, devotion, martyrdom, hospitality, publicity, collectivity, and solidarity nurtured and harvested under capital and colony. The longing and the love—missed by the pernicious and reactionary politics both of liberal democracy and the incidental fascisms that it claims to set out to fix—can give us clues into past, present, and future, moments of rebellion, resistance, rejection, and redemption that are crucial to a liberatory, anticolonial, and antifascist politic, and to rethinking attachment, desire, and relation itself.