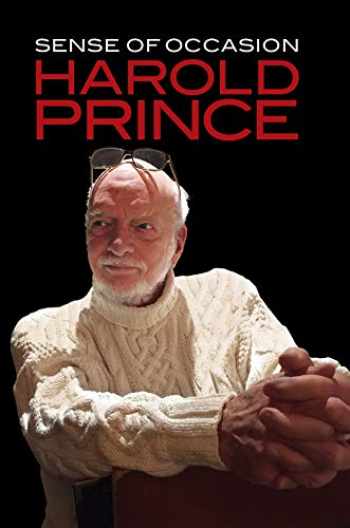 Acknowledged authors Prince, Harold wrote Sense of Occasion (Applause Books) comprising 358 pages back in 2017. Textbook and eTextbook are published under ISBN 1495013022 and 9781495013027. Since then Sense of Occasion (Applause Books) textbook was available to sell back to BooksRun online for the top buyback price or rent at the marketplace.
Show more

In this fast-moving, candid, conversational, and entertaining memoir, Harold Prince, the most honored director/producer in the history of the American theater looks back over his seventy-year (and counting!) career.

In 1974, Prince released his first book, Contradictions: Notes on Twenty-Six Years in the Theatre. Although Contradictions has since attained cult status among producers, directors, and actors alike, Prince, in hindsight, believes he wasn't ready to publish such a tome at that point in his career (in fact, doing so was an act of “insane arrogance”). Although he doesn't regret that effort, he is at last prepared to conclude it, to “see where I was right in my assessments and where I was wrong.” In Sense of Occasion, Prince returns to this seminal text, invigorating it with fresh insights cultivated through four decades of additional practice.

Sense of Occasion gives an insider's recollection of the making of such landmark musicals as West Side Story, Fiddler on the Roof, Cabaret, Company, Follies, Sweeney Todd, Evita, and Phantom of the Opera, with Prince's perceptive comments about his mentor George Abbott and his many celebrated collaborators, including Leonard Bernstein, Jerome Robbins, Stephen Sondheim, John Kander, Boris Aronson, Andrew Lloyd Webber, Angela Lansbury, Zero Mostel, Carol Burnett, and Joel Grey. As well as detailing his titanic successes that changed the form and content of the American musical theater, Prince evenhandedly reflects on the shows that didn't work, most memorably and painfully Merrily We Roll Along. Throughout, he offers insights into the way business is conducted on Broadway, drawing sharp contrasts between past and present. This thoughtful, complete account of one of the most legendary and long-lived careers in theater history, written by the man who lived it, is an essential work of personal and professional recollection.