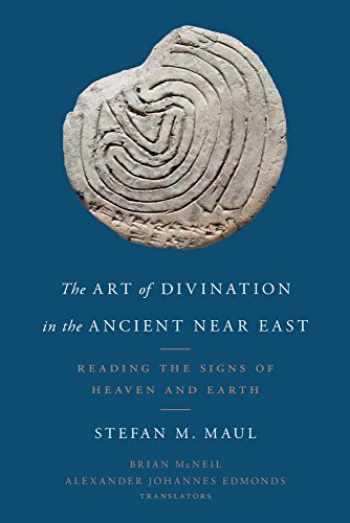 The Art of Divination in the Ancient Near East: Reading the Signs of Heaven and Earth

You stars of Anu, I call on you! You stars of Enlil, turn to me!
You stars of Ea, all of you together, gather around me!
I have offered you a pure sacrifice,
I have scattered pure incense to you,
I have poured out pure beer for you.
Eat what is pure, drink what is sweet!

With these words, the Babylonians invoked the gods of the night as they prepared their sacrifices under a clear, starry sky.

Discovering divine will was a part of everyday life for the people of the ancient Near East. Every state action and every military campaign was preceded by a king’s meticulous ritual that petitioned the gods for a sure answer about the outcome of their endeavors. But royals were not alone in their quest. Wealthy merchants, simple craftsmen, poor widows―everyone wanted and needed certainty for future undertakings. Those who could afford it sacrificed a flawless sheep, whose liver was used by the diviner to determine the answer. Others sought guidance in oil and flour. The desire for certainty in the face of an unknown future unified all classes in the ancient world.

Stefan M. Maul, a noted expert on ancient Near Eastern divination, offers an overview of this fascinating subject. Maul surveys the "art" of divination as it expanded from Sumerian roots to Babylonian mastery, cataloging its evolving methodology―from entrails to astrology―and the class of experts who performed it. He argues that the discernment of the will of the gods, though vital for political counsel, was far from a cynical ploy of the elite: at root this was a genuine attempt to unite Mesopotamian cultures under a common purpose. What seems to the post-Enlightenment world a mere superstition was, in its own way and to its own ends, a robust scholarly enterprise that lent these ancient peoples a sense of control over a world populated by fickle forces. These practices remind us that the desire to know the future is a part of what it means to be human, regardless of time or place.