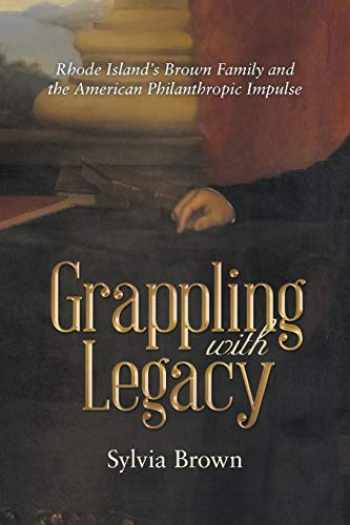 “This is a fascinating and intellectually honest work about a remarkable family that has played a major role in the history of Providence and Rhode Island. Sylvia Brown has made a tremendous contribution in writing this wonderful book. It is clearly a labor of love, and we should all be grateful to her for it.”

“A splendid work of history---an honest, clearly written, and solidly based account of the private and public lives through four centuries of one of America’s most important and fascinating families.”

What fuels a family’s compulsion for philanthropy? Self-interest? A feeling of guilt? A sense of genuine altruism? Charitable giving is such an intrinsic part of American culture that its story deserves to be told, not in a dry, academic tome but through the tale of a colorful, multifaceted family.

Since 1638, the Browns of Rhode Island have provided community leaders in one of the nation’s most idiosyncratic states. In the 18th century, they excelled at maritime commerce, were pioneers of the American industrial revolution, and adorned their hometown of Providence with public buildings, churches, and a university. In the 19th century, they pioneered the modern notion that universities can be forces for social good. And, in the 20th century, they sought to transform the human experience through great art and architecture. Over three hundred years, the Browns also wrestled with society’s toughest issues–slavery, immigration, child labor, the dispossessed–and with their own internal family tensions.

Author Sylvia Brown tells the story of the ten generations of Browns that came before her with warmth and lucidity. Today, in an era of wealth creation and philanthropic innovation not seen since the Gilded Age, Grappling with Legacy provides fascinating insights into a unique aspect of America’s heritage.