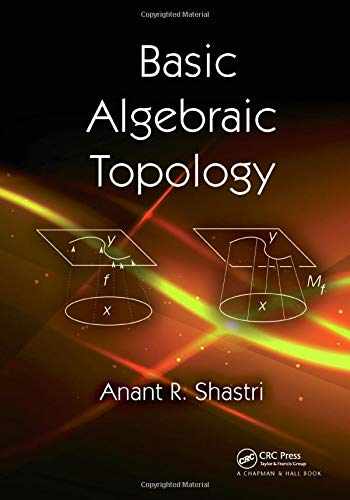 The book first introduces the necessary fundamental concepts, such as relative homotopy, fibrations and cofibrations, category theory, cell complexes, and simplicial complexes. It then focuses on the fundamental group, covering spaces and elementary aspects of homology theory. It presents the central objects of study in topology visualization: manifolds. After developing the homology theory with coefficients, homology of the products, and cohomology algebra, the book returns to the study of manifolds, discussing Poincaré duality and the De Rham theorem. A brief introduction to cohomology of sheaves and Čech cohomology follows. The core of the text covers higher homotopy groups, Hurewicz’s isomorphism theorem, obstruction theory, Eilenberg-Mac Lane spaces, and Moore-Postnikov decomposition. The author then relates the homology of the total space of a fibration to that of the base and the fiber, with applications to characteristic classes and vector bundles. The book concludes with the basic theory of spectral sequences and several applications, including Serre’s seminal work on higher homotopy groups.

Thoroughly classroom-tested, this self-contained text takes students all the way to becoming algebraic topologists. Historical remarks throughout the text make the subject more meaningful to students. Also suitable for researchers, the book provides references for further reading, presents full proofs of all results, and includes numerous exercises of varying levels.