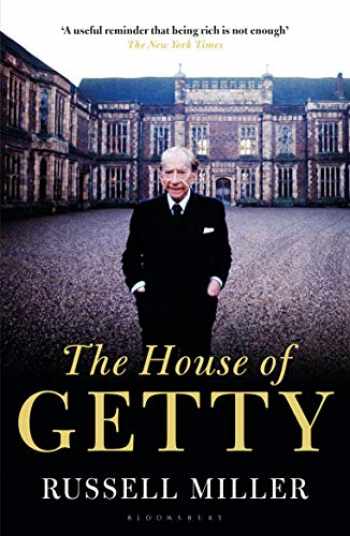 The House of Getty

Acknowledged authors Miller, Russell wrote The House of Getty comprising 560 pages back in 2019. Textbook and eTextbook are published under ISBN 1448217520 and 9781448217526. Since then The House of Getty textbook was available to sell back to BooksRun online for the top buyback price of $ 3.64 or rent at the marketplace.
Show more

Boardroom battles, sex, money, drugs, power, crime, tragedy, and family intrigue; at the centre stands the figure of John Paul Getty, the grandfather, an eccentric oil billionaire believed to have been the richest man in the world. Married and divorced five times, he had five sons, and yet was cheated of his dearest ambition-to found an oil dynasty. His angelic youngest son died at age twelve after years of illness. Of the remaining four sons, three proved to be hopeless businessmen and, one by one, dropped out of Getty Oil. Only one had the talent to take the helm of the family business, and he was groomed for the part. And then he killed himself.

With his cherished hopes of a family dynasty crushed, John Paul built a magnificent museum as a monument for all time to his success. But money tainted even his philanthropy; the Getty Museum has become feared for its wealth and ability to pillage the art market. In the manoeuvering that followed John Paul's death, Getty Oil was sold; Texaco acquired it for $9.9 billion, the biggest corporate takeover in history.

Award-winning journalist and writer Russell Miller brings us the extraordinary and often disturbing story of a unique American family. From the pioneering days in the Oklahoma oil fields to the bitter struggles over Getty Oil, we follow the rise and fall of three generations, all cursed with the Midas touch.