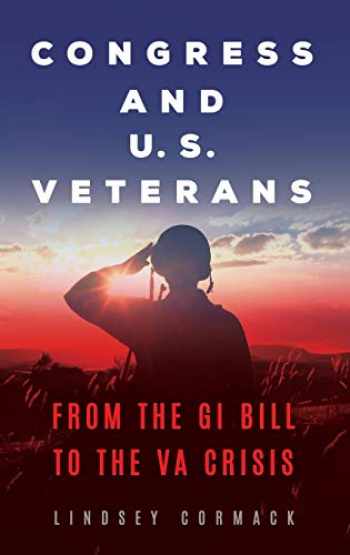 Congress and U.S. Veterans: From the GI Bill to the VA Crisis (Conflict and Today's Congress)

Providing a compelling look at veterans' policy, this book describes why the Republican party is considered the party for veterans despite the fact that Congressional Democrats are responsible for a greater number of policy initiatives.

The United States is home to 21 million veterans, and Veterans' Affairs is the second-largest federal department, with a budget exceeding $119 billion. Many veterans, however, remain under-served. Republicans are seen as veterans' champions, and they send the majority of Congressional constituent communications on veterans' issues, yet they are lead sponsors on only 37 percent of bills considered by the Senate Veterans' Affairs Committee. What accounts for this discrepancy? Drawing on thousands of e-newsletters sent from Congress to constituents, Congress and U.S. Veterans: From the GI Bill to the VA Crisis argues that the distribution of veterans across districts and the Republican Party is based on government spending, which pulls Republican legislators in opposite directions.

This eye-opening book offers a history of veterans' programs, highlights legislative leaders and the most pressing policy areas for reform, identifies the issues most often discussed by members of Congress from each party, points out which Congresspeople have acted on veterans' issues and which have not, and offers an analysis of veteran population distribution and legislative policy preferences.

• Includes content from nearly 20,000 e-newsletters sent from Congress members to constituents to demonstrate the differences in how Congress discusses and legislates veterans' issues