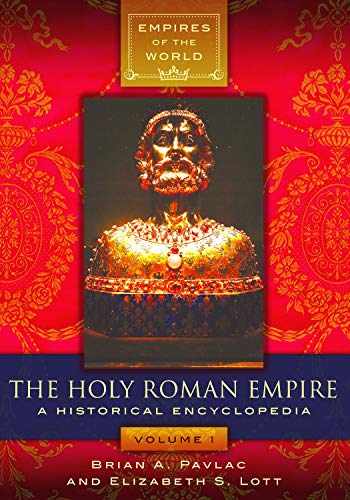 The Holy Roman Empire [2 volumes]: A Historical Encyclopedia (Empires of the World)

Reference entries, overview essays, and primary source document excerpts survey the history and unveil the successes and failures of the longest-lasting European empire.

The Holy Roman Empire endured for ten centuries. This book surveys the history of the empire from the formation of a Frankish Kingdom in the sixth century through the efforts of Charlemagne to unify the West around A.D. 800, the conflicts between emperors and popes in the High Middle Ages, and the Reformation and the Wars of Religion in the Early Modern period to the empire's collapse under Napoleonic rule.

A historical overview and timeline are followed by sections on government and politics, organization and administration, individuals, groups and organizations, key events, the military, objects and artifacts, and key places. Each of these topical sections begins with an overview essay, which is followed by alphabetically arranged reference entries on significant topics. The book includes a selection of primary source documents, each of which is introduced by a contextualizing headnote, and closes with a selected, general bibliography.

• Features entries and a bibliography for further reading