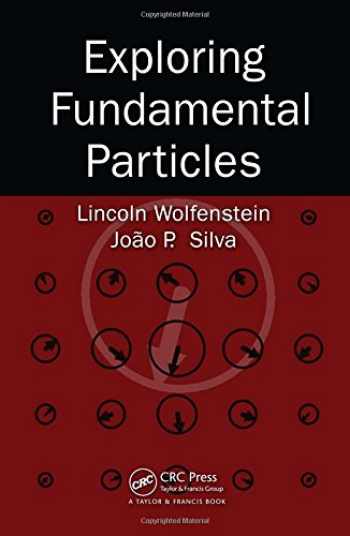 Acknowledged authors Wolfenstein, Lincoln, Silva, Joao P. wrote Exploring Fundamental Particles comprising 291 pages back in 2010. Textbook and eTextbook are published under ISBN 1439836124 and 9781439836125. Since then Exploring Fundamental Particles textbook was available to sell back to BooksRun online for the top buyback price or rent at the marketplace.
Show more

The search for the elementary constituents of the physical universe and the interactions between them has transformed over time and continues to evolve today, as we seek answers to questions about the existence of stars, galaxies, and humankind. Integrating both theoretical and experimental work, Exploring Fundamental Particles traces the development of this fascinating field, from the discoveries of Newton, Fermi, and Feynman to the detection of CP violation and neutrinos to the quest to observe the Higgs boson and beyond.

The authors then explain the violation of the symmetry between matter and antimatter, known as CP violation. They cover the discoveries of CP violation in the decays of kaons and B mesons as well as future experiments that could detect possible CP violation beyond the standard model.

In the next part, the authors present experimental results involving the once-mysterious neutrino. They explore the evidence that neutrinos have mass, new neutrino experiments in various countries, and the potential of neutrino astronomy to offer a new perspective on stars and galaxies.

The final section focuses on the one undetected particle of the standard model: the Higgs boson. The authors review the experiments that established important constraints on the mass of the Higgs particle. They also highlight recent experiments of the Tevatron particle accelerator at Fermilab, along with the near future impact of the Large Hadron Collider (LHC) at CERN and the longer term impact of the International Linear Collider (ILC).

The Foundation for New Discoveries

A clear picture of the historic breakthroughs and latest findings in the particle physics community, this book guides you through the theories and experiments surrounding fundamental particles and the main forces between them. It sets the stage for the next transformation in modern science.