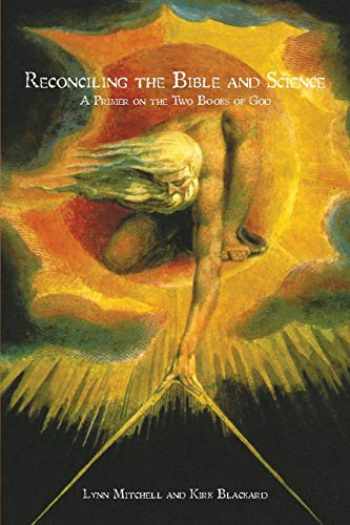 Reconciling the Bible and Science: A Primer on the Two Books of God

Evidence of an apparent conflict between religion and science is everywhere: Time Magazine features a debate between a nationally known atheist author and an imminent Christian scientist, a newspaper article condemns those who advocate intelligent design, legislatures fight over what can and cannot be taught in public schools, courts intervene in cases that involve issues of faith and science, three of ten candidates in a presidential debate say they do not believe in evolution while the other seven say they do. The controversy affects national and local policy, influences education, and, some argue, could degrade our way of life if scientific advancement or religious belief and practice are stifled. The conflict is being waged on two levels. The public level is a continuing war among relatively few activists. We see warring books and articles, contentious town meetings, lawsuits, legislative efforts, private schools, and other efforts by each side to win and make sure the other loses. The other level of the debate, like the submerged portion of an iceberg, is larger, more insidious, and ultimately more hurtful to society. This conflict is within the hearts and minds of a vast number of people who sense an “either/or” conflict between the religion they believe and the science they see, hear, and experience. This conflict has no clear battle lines and no obvious winner or loser, but a high mortality rate that includes all those people, particularly young people, who simply opt out. Some check out of religion and become “de-facto agnostics” who claim a faith when the chips are down, but don’t practice it or get anything from it. Others check out of science and reason. They allow their faith and their views about the Bible to kill their intellectual curiosity, and they look scientific truth in the face but refuse to see it. For the most part, this conflict boils down to different beliefs among people of faith about scripture, evolution, and the “isms” that each has spawned. Most interpret the Bible and understand science in ways that make finding an intellectually satisfying resolution to the presumed conflict frustrating and even scary. Any attempt to reconcile the two requires learning new words that initially sound like so much gobbledygook, reading an array of books and articles that usually present only one side of a multi-faceted issue and tend to obfuscate rather than enlighten, and making judgments without all the facts. The purpose of Reconciling the Bible and Science: A Primer on the Two Books of God is to take the fog out of the controversy by telling in simple language the story of the “Book of Scripture” and the “Book of Nature.” The work is aimed primarily at Christians and seekers who don’t need proof of God but do seek a better understanding of the relationship between their faith and science. It will be helpful to those who are having difficulty reconciling their faith with what they learn about science, those whose faith prevents them from fully exploring science with an open mind, those who oppose the teaching of evolution because they feel it is a threat to faith, or others who just don’t know where to turn. Reconciling the Bible and Science is based on a college level course that Lynn Mitchell has taught for many years in colleges, churches, and on television. It explains that faith in God and a belief in the Bible do not preclude acceptance of science, and that the two can in fact co-exist—perhaps even complement one another. It does not try to convince readers of the validity of evolution or of a particular approach to religious practice, but maintains that we all should be free to make our own judgments about faith in God without being constrained by anything science can discover, and about science unfettered by presumed constraints of the Bible. An “Introduction” piques the readers’ interest, introduces the debate, and frames the issue as one involving