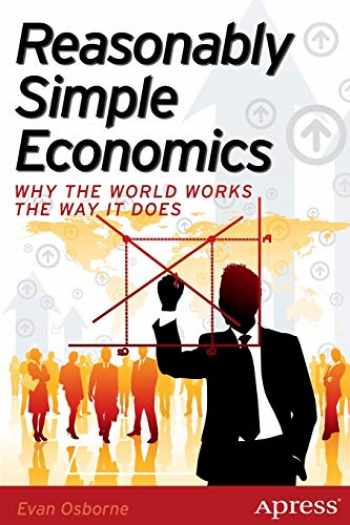 Reasonably Simple Economics: Why the World Works the Way It Does

The goal of Reasonably Simple Economics is, not surprisingly, simple: to help us think like economists. When we do, so much of the world that seemed mysterious or baffling becomes more clear and understandable―improving our lives and providing new tools to succeed in business and career.

In a chatty style, economist Evan Osborne explains the economic foundations behind the things we read about or see in the news everyday:

Along the way, you will learn the basic concepts of economics that well-educated citizens in democratic countries should know, like scarcity, opportunity cost, supply and demand, all the different ways economies are "managed," and more.

In the manner of The Armchair Economist, The Undercover Economist, or Naked Economics, Osborne uses current examples to illustrate the principles that underlie tragedies like the Greek economy or the global market meltdown of 2008, and triumphs like the continuing dominance of Silicon Valley in the tech world or why New York City markets are stuffed with goods despite the difficulty in getting them there.

As Osborne points out, the future, in economic terms, has always been better than the past, and he shows you how to use that knowledge to improve your life both intellectually and materially.