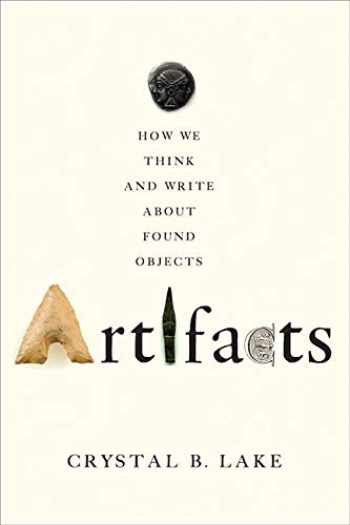 Artifacts: How We Think and Write about Found Objects

A literary history of the old, broken, rusty, dusty, and moldy stuff that people dug up in England during the long eighteenth century.

In the eighteenth century, antiquaries―wary of the biases of philosophers, scientists, politicians, and historians―used old objects to establish what they claimed was a true account of history. But just what could these small, fragmentary, frequently unidentifiable things, whose origins were unknown and whose worth or meaning was not self-evident, tell people about the past?

In Artifacts, Crystal B. Lake unearths the four kinds of old objects that were most frequently found and cataloged in Enlightenment-era England: coins, manuscripts, weapons, and grave goods. Following these prized objects as they made their way into popular culture, Lake develops new interpretations of works by Joseph Addison, John Dryden, Horace Walpole, Jonathan Swift, Tobias Smollett, Lord Byron, and Percy Bysshe Shelley, among others. Rereading these authors with the artifact in mind uncovers previously unrecognized allusions that unravel works we thought we knew well.

In this new history of antiquarianism and, by extension, historiography, Lake reveals that artifacts rarely acted as agents of fact, as those who studied them would have claimed. Instead, she explains, artifacts are objects unlike any other. Fragmented and from another time or place, artifacts invite us to fill in their shapes and complete their histories with our imaginations. Composed of body as well as spirit and located in the present as well as the past, artifacts inspire speculative reconstructions that frequently contradict one another. Lake's history and theory of the artifact will be of particular importance to scholars of material culture and forms. This fascinating book provides curious readers with new ways of evaluating the relationships that exist between texts and objects.