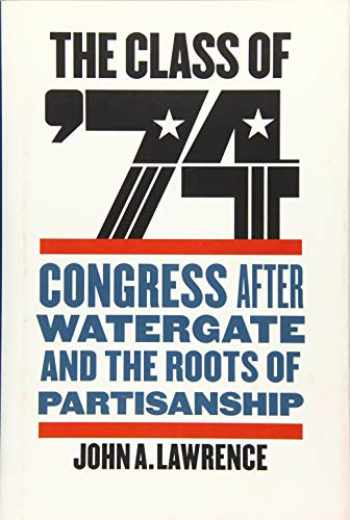 The Class of '74: Congress after Watergate and the Roots of Partisanship

A thought-provoking look at the game-changing congressional Class of 1974.

In November 1974, following the historic Watergate scandal, Americans went to the polls determined to cleanse American politics. Instead of producing the Republican majority foreshadowed by Richard Nixon’s 1972 landslide, dozens of GOP legislators were swept out of the House, replaced by 76 reforming Democratic freshmen. In The Class of '74, John A. Lawrence examines how these newly elected representatives bucked the status quo in Washington, helping to effectuate unprecedented reforms. Lawrence’s long-standing work in Congress afforded him unique access to former members, staff, House officers, journalists, and others, enabling him to challenge the time-honored reputation of the Class as idealistic, narcissistic, and naïve "Watergate Babies." Their observations help reshape our understanding of the Class and of a changing Congress through frank, humorous, and insightful opinions.

These reformers provided the votes to disseminate power, elevate suppressed issues, and expand participation by junior legislators in congressional deliberations. But even as such innovations empowered progressive Democrats, the greater openness they created, combined with changing undercurrents in American politics in the mid-1970s, facilitated increasingly bitter battles between liberals and conservatives. These disputes foreshadowed contemporary legislative gridlock and a divided Congress.

Today, many observers point to gerrymandering, special-interest money, and a host of other developments to explain the current dysfunction of American politics. In The Class of '74, Lawrence argues that these explanations fail to recognize deep roots of partisanship. To fully understand the highly polarized political environment that now pervades the House and American politics, we must examine the complex politics, including a more open and contentious House, that emerged in the wake of Watergate. 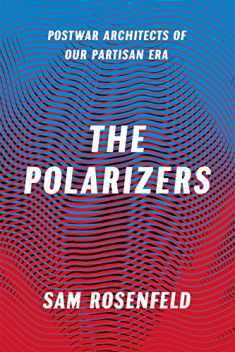 The Polarizers: Pos...
by Rosenfeld, Sam