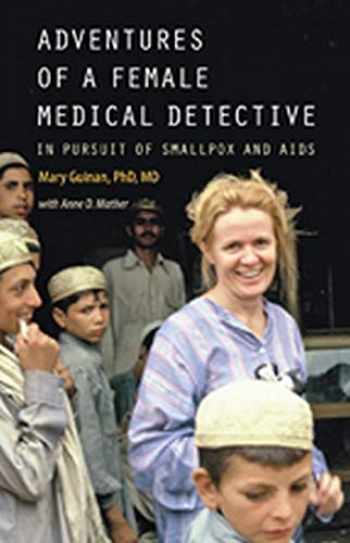 Adventures of a Female Medical Detective: In Pursuit of Smallpox and AIDS

In 1974, a young doctor arrived at the Centers for Disease Control and Prevention with one goal in mind: to help eradicate smallpox. The only woman physician in her class in the Epidemic Intelligence Service, a two-year epidemiology training program, Mary Guinan soon was selected to join India’s Smallpox Eradication Program, which searched out and isolated patients with the disease. By May of 1975, the World Health Organization declared Uttar Pradash smallpox-free.

During her barrier-crossing career, Dr. Guinan met arms-seeking Afghan insurgents in Pakistan and got caught in the cross fire between religious groups in Lebanon. She treated some of the first AIDS patients and served as an expert witness in defense of a pharmacist who was denied employment for having HIV―leading to a landmark decision that still protects HIV patients from workplace discrimination. Randy Shilts’s best-selling book on the epidemic, And the Band Played On, features her AIDS work.

In Adventures of a Female Medical Detective, Guinan weaves together twelve vivid stories of her life in medicine, describing her individual experiences in controlling outbreaks, researching new diseases, and caring for patients with untreatable infections. She offers readers a feisty, engaging, and uniquely female perspective from a time when very few women worked in the field. Occasionally heartbreaking, sometimes hilarious, Guinan’s account of her pathbreaking career will inspire public health students and future medical detectives―and give all readers insight into that part of the government exclusively devoted to protecting their health.