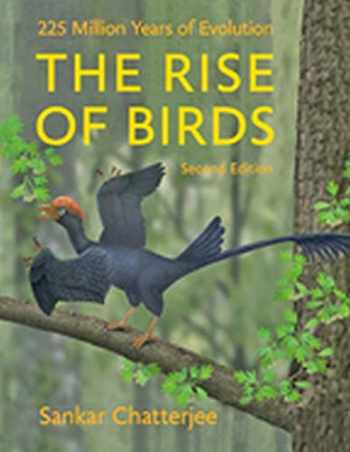 The Rise of Birds: 225 Million Years of Evolution

The most comprehensive account of the origin of ancient and modern birds―the "living dinosaurs."

A small set of fossilized bones discovered almost thirty years ago led paleontologist Sankar Chatterjee on a lifelong quest to understand their place in our understanding of the history of life. They were clearly the bones of something unusual, a bird-like creature that lived long, long ago in the age of dinosaurs. He called it Protoavis, and the animal that owned these bones quickly became a contender for the title of "oldest known bird." In 1997, Chatterjee published his findings in the first edition of The Rise of Birds.

Since then Chatterjee and his colleagues have searched the world for more transitional bird fossils. And they have found them. This second edition of The Rise of Birds brings together a treasure trove of fossils that tell us far more about the evolution of birds than we once dreamed possible.

With no blind allegiance to what he once thought he knew, Chatterjee devours the new evidence and lays out the most compelling version of the birth and evolution of the avian form ever attempted. He takes us from Texas to Spain, China, Mongolia, Madagascar, Australia, Antarctica, and Argentina. He shows how, in the "Cretaceous Pompeii" of China, he was able to reconstruct the origin and evolution of flight of early birds from the feathered dinosaurs that lay among thousands of other amazing fossils.

Chatterjee takes us to where long-hidden bird fossils dwell. His compelling, occasionally controversial, revelations―accompanied by spectacular illustrations―are a must-read for anyone with a serious interest in the evolution of "the feathered dinosaurs," from vertebrate paleontologists and ornithologists to naturalists and birders.