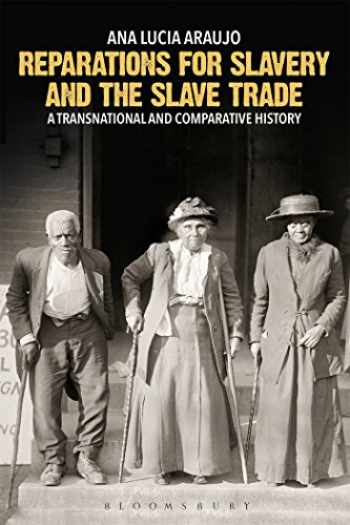 Reparations for Slavery and the Slave Trade: A Transnational and Comparative History

Slavery and the Atlantic slave trade are among the most heinous crimes against humanity committed in the modern era. Yet, to this day no former slave society in the Americas has paid reparations to former slaves or their descendants. European countries have never compensated their former colonies in the Americas, whose wealth relied on slave labor, to a greater or lesser extent. Likewise, no African nation ever obtained any form of reparations for the Atlantic slave trade.

Ana Lucia Araujo argues that these calls for reparations are not only not dead, but have a long and persevering history. She persuasively demonstrates that since the 18th century, enslaved and freed individuals started conceptualizing the idea of reparations in petitions, correspondences, pamphlets, public speeches, slave narratives, and judicial claims, written in English, French, Spanish, and Portuguese. In different periods, despite the legality of slavery, slaves and freed people were conscious of having been victims of a great injustice.

This is the first book to offer a transnational narrative history of the financial, material, and symbolic reparations for slavery and the Atlantic slave trade. Drawing from the voices of various social actors who identified themselves as the victims of the Atlantic slave trade and slavery, Araujo illuminates the multiple dimensions of the demands of reparations, including the period of slavery, the emancipation era, the post-abolition period, and the present.