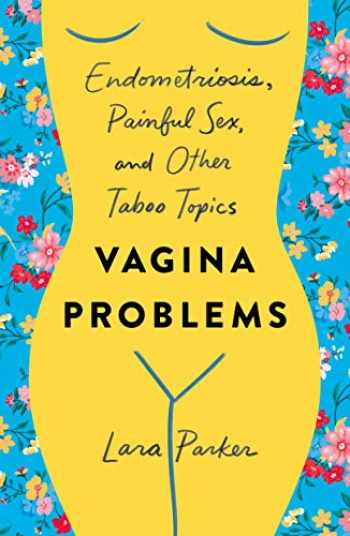 Acknowledged authors Parker, Lara wrote Vagina Problems comprising 240 pages back in 2020. Textbook and eTextbook are published under ISBN 1250240689 and 9781250240682. Since then Vagina Problems textbook was available to sell back to BooksRun online for the top buyback price of $ 3.22 or rent at the marketplace.
Show more

When Lara Parker first started experiencing what she calls her Vagina Problems, she was just 14 years old. She hurt everywhere, but especially in her abdomen and vagina. The pain was constant, and worse around her period. But if she’d learned anything about periods before she even started her own, it was that you didn’t talk about that shit.

So she mostly just tried to ignore it, even as her period made her throw up, pass out, miss school, and wrecked an entire week of her life every month. She convinced herself that everyone must be feeling what she was feeling, but that they were just better at hiding it. When she finally brought it up to her doctor, the doctor brushed it off and made her feel stupid. “Periods are supposed to hurt,” she said. This was only the beginning of Lara’s seven-year journey to find out what was going on in her body. It took multiple doctors, thousands of dollars, and a refusal to take no for an answer for her to finally have some sort of understanding of what was causing her so much pain.

Now Lara is ready take an honest, funny, relatable, and raw look at how Vagina Problems have affected every single part of her life. From fighting to get a diagnosis, to maintaining relationships through illness and depression, to working a full-time job with chronic pain, to navigating the dating scene when she can’t have sex―this book will have it all. Lara acts as a guide, a confidant, a friend, an outlet, and a support system to anyone who has ever gone through Vagina Problems.