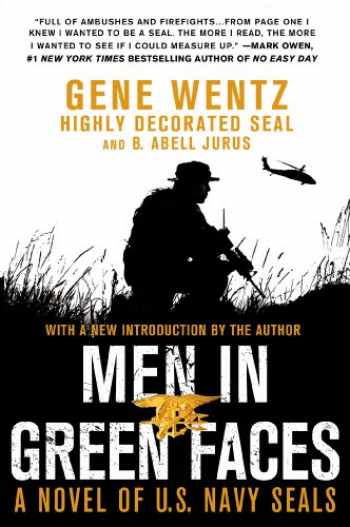 Men in Green Faces: A Novel of U.S. Navy SEALs

"Full of ambushes and firefights…From page one I knew I wanted to be a SEAL. The more I read, the more I wanted to see if I could measure up." ―Mark Owen, #1 New York Times bestselling author of No Easy Day

Gene Wentz's Men in Green Faces is the classic novel of Vietnam that inspired a generation of SEALs. Here is the story of a good soldier trained to be part of an elite team of warriors―and of the killing grounds where he was forever changed.

WITH A NEW FOREWORD BY THE AUTHOR

Gene Michaels carries an M-60, eight hundred rounds, and a Bible. The ultimate SEAL, he also carries a murderous grudge against a bloodthirsty colonel who was once one of their own. To bring him in, Michaels and his men will go behind the lines, where they'll take on 5,000 NVA in the fight of their lives.

In this stunning novel, former SEAL Gene Wentz brings to life what it was like to be a SEAL in Vietnam, running an endless tour of top-secret, death-defying operations deep in enemy territory. From the camaraderie to the harrowing recons, from brutal interrogations to incredible, toe-to-toe firefights, here are America's most feared warriors as you've never seen them before.