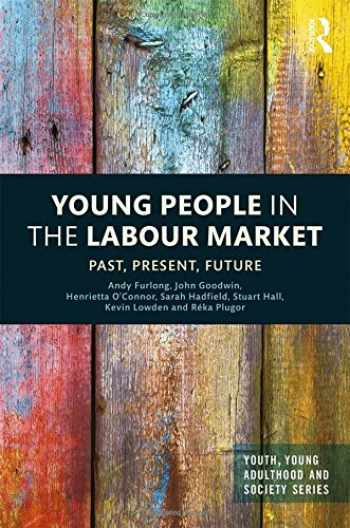 Levels of suffering among young people have always been much higher than governments suggest. Indeed, policies aimed at young workers have often been framed in ways that help secure conformity to a new employment landscape in which traditional securities have been progressively removed. Increasingly punitive welfare regimes have resulted in new hardships, especially among young women and those living in depressed labour markets.

Framed by the ideas of Norbert Elias, Young People in the Labour Market challenges the idea that changing economic landscapes have given birth to a ‘Precariat’ and argues that labour insecurity is more deep-rooted and complex than others have suggested. Focusing on young people and the ways in which their working lives have changed between the 1980s recession and the Great Recession of 2008/2009 and its immediate aftermath, the book begins by drawing attention to trends already emerging in the preceding two decades.

Drawing on data originally collected during the 1980s recession and comparing it to contemporary data drawn from the UK Household Longitudinal Study, the book explores the ways in which young people have adjusted to the changes, arguing that life satisfaction and optimism are linked to labour market conditions.

A timely volume, this book will be of interest to undergraduate and postgraduate students, as well as postdoctoral researchers who are interested in fields such as Sociology, Social Policy, Management and Youth Studies.