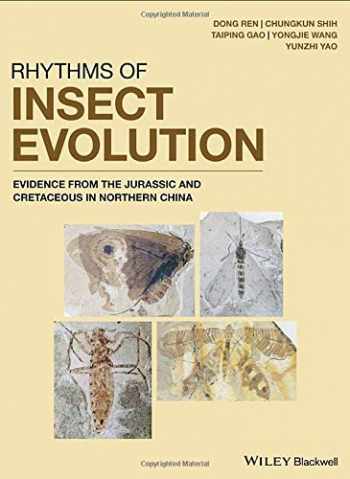 Rhythms of Insect Evolution: Evidence from the Jurassic and Cretaceous in Northern China

Documents morphology, taxonomy, phylogeny, evolutionary changes, and interactions of 23 orders of insects from the Middle Jurassic and Early Cretaceous faunas in Northern China

This book showcases 23 different orders of insect fossils from the Mid Mesozoic period (165 to 125 Ma) that were discovered in Northeastern China. It covers not only their taxonomy and morphology, but also their potential implications on natural sciences, such as phylogeny, function, interaction, evolution, and ecology. It covers fossil sites; paleogeology; co-existing animals and plants in well-balanced eco-systems; insects in the spotlight; morphological evolution and functional development; and interactions of insects with co-existing plants, vertebrates, and other insects. The book also includes many elegant and beautiful photographs, line drawings, and 3-D reconstructions of fossilized and extant insects.

Rhythms of Insect Evolution: Evidence from the Jurassic and Cretaceous in Northern China will appeal to entomologists, evolutionists, paleontologists, paleoecologists, and natural scientists.