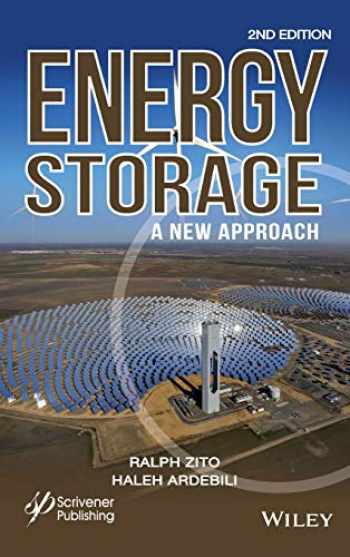 This new revision of an instant classic presents practical solutions to the problem of energy storage on a massive scale. This problem is especially difficult for renewable energy technologies, such as wind and solar power, that, currently, can only be utilized while the wind is blowing or while the sun is shining. If energy storage on a large scale were possible, this would solve many of our society’s problems. For example, power grids would not go down during peak usage. Power plants that run on natural gas, for example, would no longer burn natural gas during the off-hours, as what happens now. These are just two of society’s huge problems that could be solved with this new technology.

This is a potentially revolutionary book insofar as technical books can be “revolutionary.” The technologies that are described have their roots in basic chemistry that engineers have been practicing for years, but this is all new material that could revolutionize the energy industry. Whether the power is generated from oil, natural gas, coal, solar, wind, or any of the other emerging sources, energy storage is something that the industry must learn and practice. With the world energy demand increasing, mostly due to the industrial growth in China and India, and with the West becoming increasingly more interested in fuel efficiency and “green” endeavors, energy storage is potentially a key technology in our energy future.